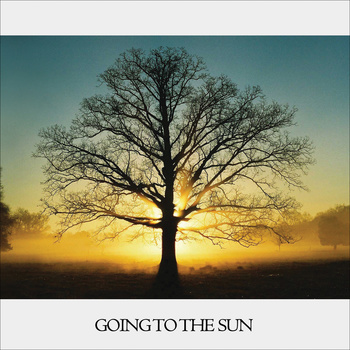 Going To The Sun

Going To The Sun

“Going To The Sun,” is the eponymous album from Minneapolis-based experimental rockers, Going To The Sun. The album opens with the track, New Year,” which is reminiscent of an upbeat Lou Reed tune and is a fabulously good time as it lyrically explores some dark material brilliantly juxtaposed with a peppy tune. Track two, “Alone In The Same Room,” carries this trend with a bass-driven tune that is guaranteed to make you want to move and lyrics filled with brutal self-examination. It’s a delightfully alterna-retro song reminiscent of some of the brighter Seattle-era bands.

Track three, “Halfway Around the World,” feels like a blend of Johnny Cash’s “Man In Black,” with a Celtic twist and lyrics about an absent lover. Track four, “Never Get Over Your,” switches things up again, evoking an eighties-era Bowie both musically and vocally. On track five, “So Separate,” an organ is incorporated and the tempo is ground to a slow burn for a somber, reflective poetic exploration that reveals more Lou Reed influence in concept and execution.

Track six, “Our Hearts Keeping On,” delves deeper into experimental style blending that is frankly a bit of a challenge to put one’s finger on. The song is expertly executed, emotionally touching and defies classification in all the right ways. Track seven, “Out Of The Night,” resurrects the Bowie comparison and feels like it could have been on the Labyrinth soundtrack. It’s a delightfully fun tune.

Track eight, “Lying In Green Pastures” slows things down for a beautiful vocal performance with minimalist musical accompaniment. The ninth and final track, “Autumn Turning Over,” serves as a perfect end cap for the album, blending the various influences that show up throughout the album for a somber and potent final track that will stay with you long after the album is over.

I thoroughly enjoyed the album and found it to be the perfect blend of influences mixed to create a fresh sound that you’ll want to listen to over and over. I enthusiastically give “Going To The Sun” nine out of ten stars. Do yourself a favor and pick it up today!