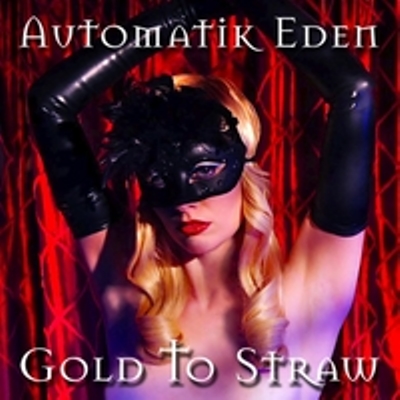 Automatik Eden is a two person music project that consists of David Crocco and Cela Scott. Crocco and Scott were relatively prevalent figures in the LA music and art scene before their creation of this band; David Crocco is known as a very desired and successful production engineer, having worked with the likes of everyone from Nickelback to Dr. Dre. Cela has been active on the front line of both music and film, having spent her childhood in a series of prestigious touring choir groups and eventually earning a degree in theater from the University of Southern California. This self-titled five song EP was produced by Herwig Maurer and mixed by Sean Beaven, who between each other have worked on prominent Hollywood films and aided a host of successful music acts; such as Nine Inch Nails and System of a Down. Automatik Eden’s credentials from both a performer and producer standpoint are very impressive.

Before the instrumentation and truly excellent production of this record is considered, an important aspect to note about this EP is simply how fantastic Cela Scott’s voice is. As in, how fantastic Cela Scott’s voice is, by itself. There is a ton of layering, mixing, synthy sounds, and general audio manipulation on this EP, which can sometimes be very overwhelming and enveloping. People tend to get a little taken away by albums like this. When considering bands that tend to favor more creative and electronic approaches to alternative rock music such as Automatik Eden, there still has be a solid base of existing musical talent and experience. This “talent and experience base” separates truly great hybrid/experimental electronic acts from the vast majority synth crazy haphazard auto-tuned garbage that we hear on the radio today. The point is, Scott and Crocco know what they are doing, and understand that multiple levels of layering and effects are simply a tool to be used in conjunction with actual musical ability to create and develop moods and ambiance. As was stated, Scott’s vocals are very impressive; she croons her way through most of this album with a very full and warm tone, even in the higher registers. The full, warm, crooning vocals are only accentuated by the fact that these tracks are drenched in reverb, chorus guitars, and tasteful synths. Everything in this EP is layered and stacked and mastered to a point where the tracks become almost hypnotic, especially Scott’s vocals. It is an EP that is definitely capable of getting lost within, everything from the robust bass to the roomy guitars creates it own world that is captivating yet non-instant. Musical direction wise, Automatik Eden could be compared to a group like The Kills. Yet, the vocals and attitude of the band are quite reminiscent to something like a calm, electronic version of Babes in Toyland. Although not as traditionally punk, Cela Scott’s vocals are quite comparable to Kat Bjelland’s mellower, softer register. Warm and full, yet still with a bit of an edge and a punk sensibility.

As was stated before, getting lost in this album is very easy. The atmosphere is so heavy, and at times, is simply a little too heavy. In many ways, the reverb went a little overboard, and some of the repetitive vocal effects and lyrical content got both annoying and little boring. The dub-step-like industrial effects at the beginning of songs like “The Agency” were unnecessary and somewhat out of place, and other attempts at “industrial” themes came off as a little indulgent and simply too much in an ambiance that was already satisfying and enveloping. A few of the tracks on this album went on for what seemed like a minute too long as well, maybe this was because I wasn’t lost in the song to the degree that was expected. The overall enveloping ambiance that Automatik Eden’s EP was engineered with is impressive, but there are times where things seem to become repetitive, flat, and a little dull.

Automatik Eden’s EP is a great chill out album that has so many different levels to it; both in terms of electronic audio manipulation, as well as traditional musical sensibility and talent. This work demonstrates the benefits of collaboration between two experienced performers as well as a fantastic production team. It may be little indulgent and perhaps overproduced to some, but overall, this is a very impressive EP.

John Vento is known as the dynamic frontman of the Nied’s Hotel Band, but with …