Yesterday Anteros released their self-titled indie pop single “Anteros.” Thanks to a previous obsession with greek mythology, I was immediately taken aback by the bands name. “Anteros” refers to the brother of Eros (aka Cupid), who is the greek god of reciprocated love.

I was honestly shocked at the quality of the composition that this upbeat track displays. The poppy piano makes the track an instant hit. The indie pop clappy percussion shows similarities to Kopecky Family Band and Streets of Laredo. The structure of the song reminds me of the single “Step Out” by Jose Gonzalez.

It seems like the single sounds a lot like other indie pop artists that are already active, which shows that Anteros are in the right place and off to a great start, but they have to be sure to individualize themselves within the growing scene. 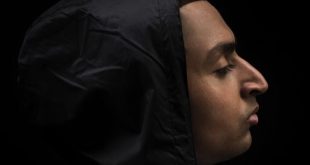