Home / News / Zarathustra from the upcoming album ‘The Navigators’ 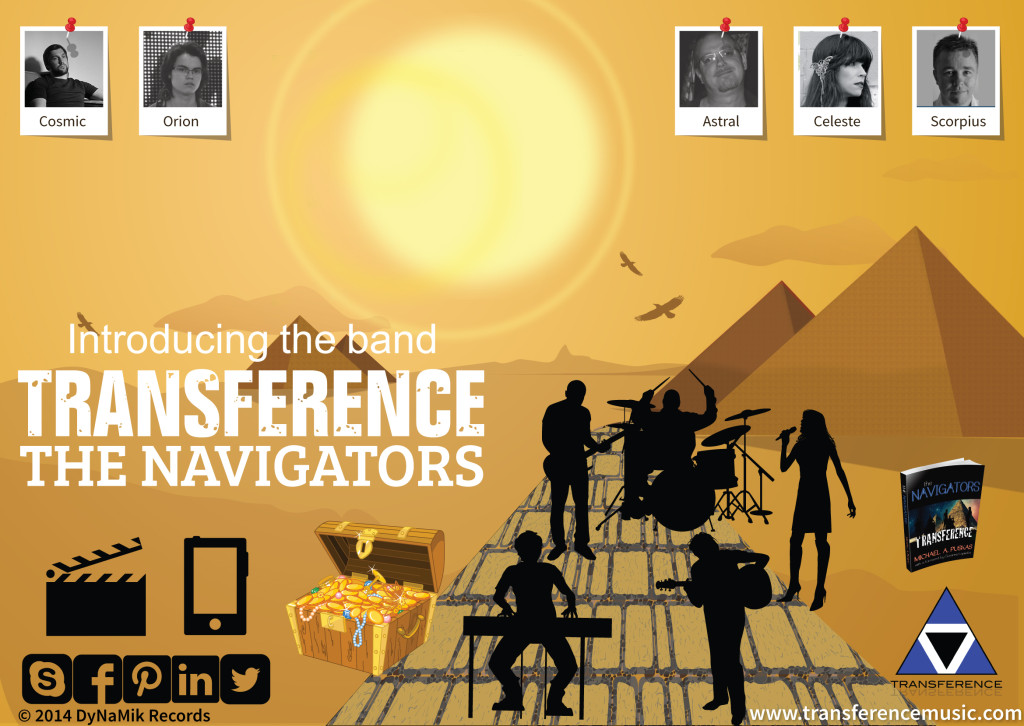 Zarathustra from the upcoming album ‘The Navigators’

Transference is a new modern day Psychedelic incarnation that features a core musical unit and features guest vocalists from all around the world. To put it simply Transference takes a musical fusion of Pink Floyd meets Tangerine Dream approach to the song writing and production style and delivers it with the pomp and ceremony of a Rick Wakeman theatrical spectacular.Presenting “Transference” a journey into the unknown and with no two performances the same, the level of unpredictability of the players and their collective presentation of the music to the audience is always a welcome surprise. Like transcendental meditation, the music performed is a transition between two worlds. Simply broken down, “Our Reality” and the “Alternate Reality” that we all visit in our nightly dream state. Dare to dream, dare to cast off the shackles of normality, stand up and say No…. these are some of the premises visited during a Transference” performance experience. As Aldus Huxley so aptly put it, unadulterated awareness opens the doors to perception and creates points of inception where the listener’s senses are heightened and brought to a complete climax as the paradox is brought to play and the conclusion delivered. Including bubble machines, strobe lighting and back projection, “Transference” creates the total visual experience. Coupled with our latest 3D animated video projection produced by Ben Wheatley, the band intends to raise performance art to a whole new level. Imagine a giant red ant savaging the remnants of Stonehenge and then being beamed into space to forever orbit the surrounding planets of our solar system.

Sound is paramount and no expense has been spared to present the best possible sonic balance to the ears of our listeners. Lighting and visual effects are tantamount to the performance and catapult the listener into the unknown and that makes the concept exciting and uniquely different. Soundscapes of pure indulgence mixed with more structured musical escapades combine to create a live theatrical experience like no other.

The band feature a wide array of talents and performance experience to create a well rounded and highly engaging musical carousel of carnival sounds, psychedelic visuals and a deeper penetration into the psyche of those searching for more. To say this band is just experimental is too naïve. As strange as the set up seems to be, each element of the performance is meticulously planned to ensure that while there is cohesion, the mileposts offered are only designed as reference points to allow the band the free form expression they need without being over indulgent. Get on board, all are most welcome.

The video concepts are designed around presenting a psychedelic experience similar to that of “Pink Floyd” and feature dynamic artistry, stop motion animation and other dynamic conceptual approached to really help the band stand out and “rise above the noise”. With tracks like Transference and Winged Serpent already enjoying good You Tube coverage of over 12,000 views and the Jango radio page has been slowly building a strong fan base of over 1000+ the band are set to take their unique brand of iconic music to new heights.

Many shows have been planned and in the works and a crowd funding campaign with Pozible has been launched to fund a tour to Europe in March 2014. The band have just played a stellar performance at the Thornbury Theater in Melbourne where they released their 7 track EP, “The Ninth Gate” to an appreciative audience looking for something unique. Proof is in the pudding as the band picked up another 800 plus likes on Facebook taking the total to over 3,800.

Stephen Vicino is the founder of MusicExistence.com. He created this site to give talented musicians a voice and a way to be discovered.
@@svicino
Previous Phony Ppl at SOB’s 1/15/15
Next ‘Bando’, New Sci-Fi, Concept Album From Chancius