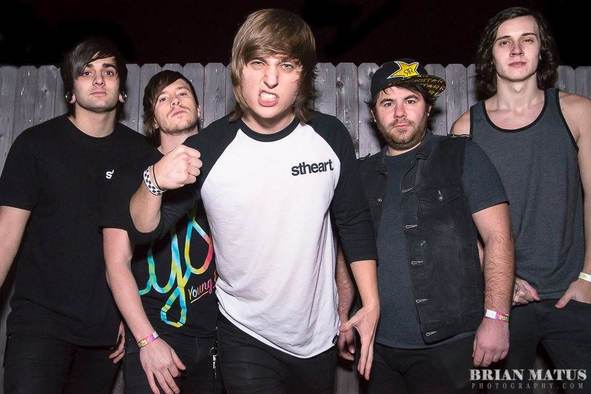 Nevada Rose Announce First Tour of 2015 with The Paramedic

he electronicore band Nevada Rose has announced a new tour with the metalcore group The Paramedic. The ten day run starts on 1/16 in Kent, OH and concludes on 1/25 in Halethorpe, MD.

Nevada Rose’s debut album Paint Me In Light was produced by Andrew Wade (A Day To Remember, Motionless in White) and released via Tragic Hero Records last summer and is available on iTunes.

When you blend pulsating electronic dance hooks seamlessly with elements of hardcore, metal, and pop you’ll have yourself the album Paint Me In Light from the New Jersey band Nevada Rose. The record merges their influences of acts like Skrillex and Zomboy with hardcore bands such as The Devil Wears Prada and A Day To Remember, while allowing their pop sensibility to shine through using three part harmonies and radio worthy melodies. Capitalizing on these elements, the group, which is comprised of Nicki Imperato (vocals), Justin DiMarco (vocals, guitar), Adam Ellenberger (guitar, programming), Kyle Cleffi (drums, programming), and Mike Batchelder (bass), are able to shorten the gap between EDM, pop, and hardcore music. This is never more apparent than on their first single Anchors For Sunsets, a song that boasts lines like “If only we were waves, forget the ocean, pushing forward onto better days.”

Paint Me In Light was produced by Andrew Wade (A Day To Remember, The Word Alive, Motionless in White) and during the process they knew that they had something special with this album “We wrote this record with the intention of giving each track its own individual feel,” says DiMarco. “No two songs came together the same way. The band will bring an idea to the table and songs would complete themselves by experimenting with electronics, guitar layers, and vocal patterns.” As far as the lyrical aspect of the album, most of the foundation was laid by Imperato and then each band member contributed from their life experiences, personal struggles, relationships and the pursuit of personal goals and dreams

Nevada Rose has quickly gained a following after debuting at the 2013 CMJ Music Festival with He Is Legend. After being a band for less than a year they signed a deal with Tragic Hero Records (A Skylit Drive, ERRA) who released the full-length Paint Me In Light in 2014. “We are very excited and proud to become part of the Tragic Hero family,” says DiMarco. “When we heard that Tragic Hero was interested in signing us, we were absolutely thrilled.” This was quite an achievement for such a young band and it shows that if you work hard and write really great songs, then the rest will follow.

Stephen Vicino is the founder of MusicExistence.com. He created this site to give talented musicians a voice and a way to be discovered.
@@svicino
Previous Palisades Release “Mind Games” Music Video | Pre-order New Album Now!
Next Miggs Releases “Illest Illustrator” Music Video