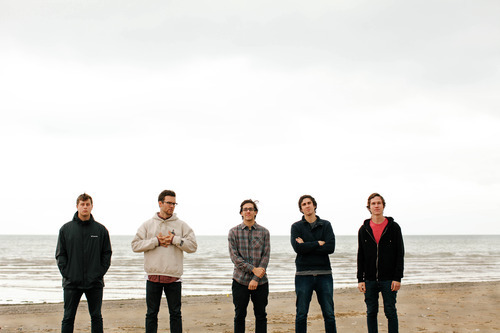 Chicago, IL’s Knuckle Puck have signed with Rise Records and plan to release their debut LP this summer. Check out the signing video here.

“Today is a very exciting day for us and is truly a milestone for Knuckle Puck. We are ecstatic to announce that we have signed with Rise Records, who will be releasing our debut full length coming out next summer. We all personally feel that Rise will be a bountiful new home for our band and will only continue to help us be the be band we want to be. Thank you everyone for your diligent support that has led us to this point”, says guitarist Kevin Maida.

Rise Records founder/president Craig Ericson says, “Super excited to have Knuckle Puck in the family. I’ve had the chance to hang out with them several times and the guys are straight up gentlemen. It’s such a bonus when the bands you sign are rad dudes and great musicians.”

Named by Billboard Magazine as one of the ‘Top 10 New School Pop-Punk Bands You Need to Know”, Knuckle Puck are wrapping up a busy year in which they released a new EP (“While I Stay Secluded”) and toured consistently with the likes of Senses Fail, Modern Baseball, Man Overboard, Neck Deep and many others.

The band will kick off a UK tour with Neck Deep early next year, and will have US dates coming soon.

Stephen Vicino is the founder of MusicExistence.com. He created this site to give talented musicians a voice and a way to be discovered.
@@svicino
Previous Miggs Releases “Illest Illustrator” Music Video
Next I Capture Castle Breaks Through “Paper Walls” with New Single/Video 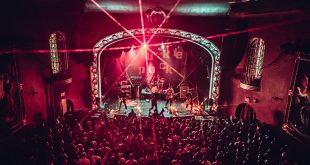