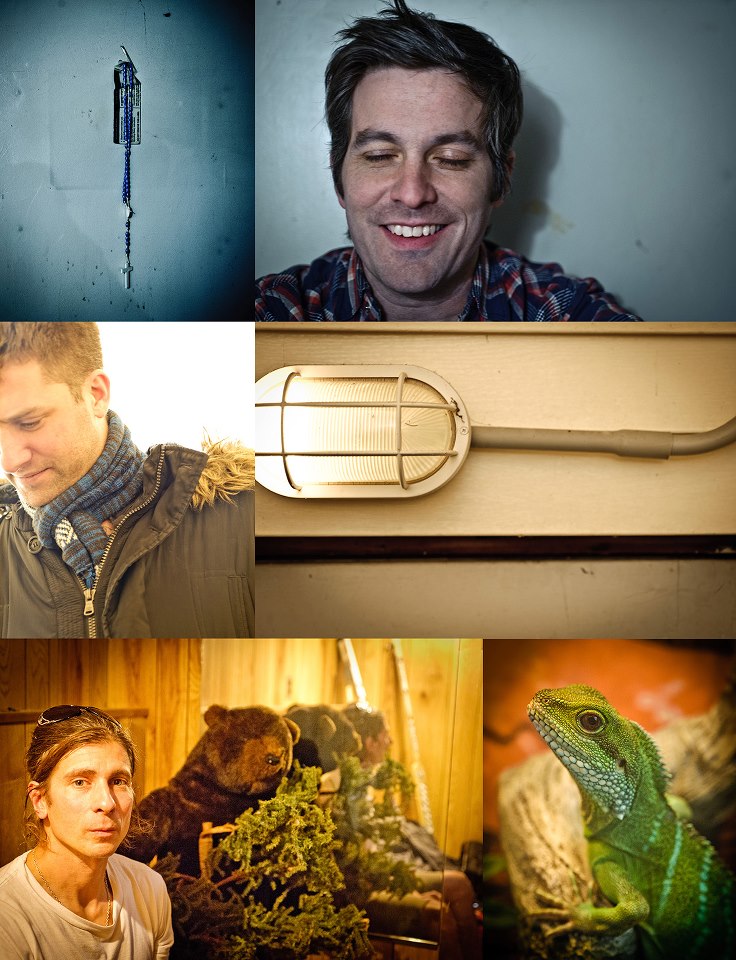 In 1992, three high school graduates formed Delaware-based band, Plow United. Their unique blend of punk, pop and trashcore propelled the band into moderate success until their unexpected hiatus in 1997. Now after thirteen years apart, Plow United has returned, performing for a new generation of listeners while maintaining their characteristic 90’s flair adored by long-time fans. So how does the band feel about their recent resurgence in popularity? Plow United bassist, Joel Tannenbaum, answers just that as he discusses the band’s hiatus, the role of the Internet on their revival, their new EP, and their upcoming New Year’s Eve performances.

ME: Plow United has a pretty long history together, but how did the band begin?

Joel: We all went to this kind of oppressive high school together in Wilmington, Delaware, and at different points we were all in the marching band, wind-band ensemble, and jazz ensemble. We started playing music outside of school and it extended beyond graduation.

Joel: It was uncannily familiar to the point where we all noticed it and were weirded out by it.

ME: What were you all doing during the hiatus? Were you still playing music?

Joel: Out of the three of us, Brian was the one who was still continuously pursuing music in a direct and structured way. I played with some bands in Philly after Plow United broke up, but once I got into the world of grad school, I just kind of started moving all over the world and all of that stuff just kind of dropped away. Sean kept playing in bands in Delaware and then in Oregon when he moved out there, but nothing really had the attraction as Plow United. When I look back on that previous decade, there was definitely something missing.

ME: So then let’s talk about 2011. After playing a couple of shows in Philly, there was a wave of demand for Plow United to come back, but ultimately the band decided not to. Why is that?

Joel: We didn’t break up or anything like that. We spent 2012 making a new record, it came out in 2013, and we spent most of 2013 playing shows to support the record. That’s the cycle of modern punk bands. Once the supporting of the record was over, we kind of looked around and thought, ‘Ok, what’s next?’

ME: So what ultimately led to the decision to end the hiatus?

Joel: The important thing to understand is that as far as we were concerned, we played in this band when we were kids, it got kind of popular for a while, but then we broke up for no more than the typical reasons that bands break up. The records went out of print and then everyone forgot about us. That was the cognitive world we were living in. Then all of a sudden in 2011, these people came out of nowhere and asked if we wanted to play this giant festival in Philadelphia and we said, “Yeah, I guess we’ll do that.” We spent the next three years trying to figure out what had happened. It was strange. I think what happened is the Internet. These strange new mechanisms emerged for sharing music and recovering music and Plow United became this thing that was really hard to get and I think as a result, there was this fascination that built up. Like, we moved the cloud of mystery and now we’re just a regular band.

ME: Do you think the hiatus had any major effects on the band’s sound?

Joel: I think we sound and play very similar to before. We approach our instruments pretty similar to the way we did when we were kids. I think what changed was the recording technology, so when we went back to the studio and made a full length album for the first time in years, it definitely ended up sounding more precise and clearer and we were in tune, and that affected the sound more than anything. So, it’s not so much that the sound of the band has changed so much as the technology used to capture it has changed.

ME: Now that the hiatus is over and you’re witnessing this new generation of musician, has the band come across any particular artists it would love to collaborate with?

Joel: In some instances, we’ve already gotten a chance to collaborate with musicians that we really respect and admire. We play tons of shows with a guy called Mikey Ergs. We’re going to make another record next summer and Pete [Steinkopf] from The Bouncing Souls is going to produce it. The wish list is short because a lot of items on it have been fulfilled or will be fulfilled shortly.

ME: How have things changed for today’s Plow United VS. the Plow United of the 90’s, when the Internet was just starting to become a staple in people’s lives?

Joel: I think the point about the Internet is a really interesting one because when you look at the time when we were really playing shows up until about 1997, everyone still didn’t have computers, everyone didn’t use computers, Internet connections were still relatively rare, and most people who had an email account was still connected through their schools. So, I think part of the weirdness comes from the fact that we were part of the last moment before the Internet completely took over everyone’s lives. Now it’s 2014, and that’s how you communicate with people; as a band, you do it through social media. What we’ve been pretty happy about is the fact that we can use things like Facebook to ask a question about something that happened 20 years ago. We can say something like, “Hey, does anyone remember that show in Arizona in 1995 where we played in a boxing ring?” and within a few minutes there will be all these people who are taking pictures of the flyer with their phone and posting them to the Facebook page. That’s the kind of stuff you feel good about.

ME: The band has released a number of records since ending its hiatus: Marching Band and your most recent EP, Delco. What was the inspiration behind Delco? What was the creative process like?

Joel: Delco is a colloquial name for Delaware Country, a county right outside Philadelphia, Pennsylvania, where I grew up and where Brian and his family moved out of when we were in high school. It’s a pretty rough place and the butt of a lot of jokes, but I thought it was worth documenting. We all were off in our respective living rooms sitting at the dining table with our acoustic guitars, writing stuff down in a notebook. We’d demo things and send them to each other and if we were lucky, we’d get two days together where we could rehearse them and then its off into the studio, so the process is kind of workmen-like.

ME: Is there a track on this EP that the band as a whole is particularly fond of?

Joel: The last song is actually a cover from the band Floating Action. I remember at Brian’s wedding in 2009, they gave me a CD of the first Floating Action album and there was this song we both loved called “Don’t Stop (Loving Me Now)”. We both really like this song and we realized that we actually had a chance to interpret it and put our own stamp to what we believe was a pretty perfect song, so we just went bananas with that one. It’s the longest song on the record; it has changes and things like that because it was such a labor of love and respect for that song and the guy who wrote it.

ME: What about the other three songs on the EP? What was the inspiration behind those?

Joel: I can only speak for the songs I wrote: “That Was Awesome” and “Live Like A Viking, Die Like A Viking.” “That Was Awesome” was written while we were recording Marching Band. I’d played a big show in Philly and the next day, while walking to a friend’s house, I was thinking about the experience of starting together, continuing through, and playing the record at the show. It’s silly on purpose, as you can tell, because it’s not even a minute long. “Live Like A Viking, Die Like A Viking” is an expression my dad used to use and I always thought it was funny, so I tried to write a song about the various ways people are stuck in destruction and how they romanticize those destructions. “All For You” was written by Sean. It’s about what he thinks about a lot now a days: his own experience being a kid, his new experiences being a dad and just trying to square the circles and making it all work.

ME: Plow United will be playing New Year’s Eve shows on the 30th and 31st. What should fans expect to get out of the shows?

ME: So what should fans expect for Plow United in 2015?

Joel: There will be a new record, we’ll play more shows and we’re going to try to keep the adult world at bay long enough to be able to get together and play music a couple of times a year.

For more information on Plow United:

Previous Interview with Maplerun
Next Gallery: Frank Iero and the Cellabration live at The Stone Pony 12.28.14