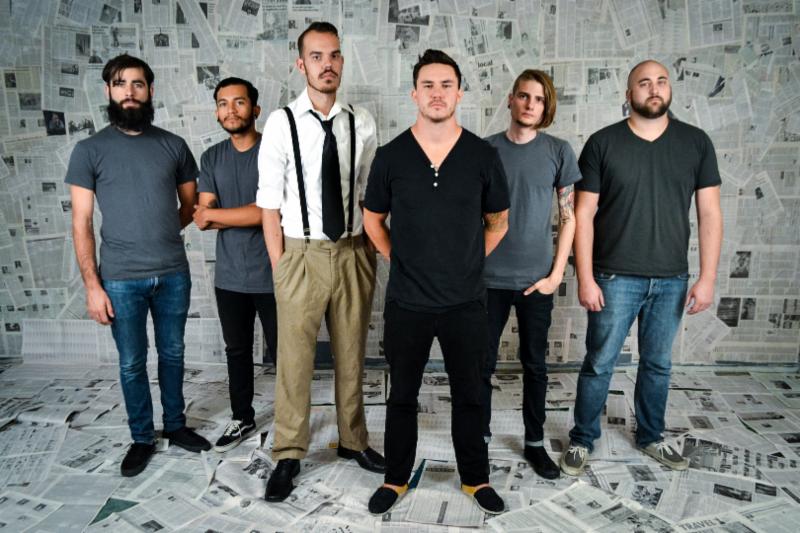 I Capture Castle Breaks Through “Paper Walls” with New Single/Video

Accompanied by an array of strobe lights and synth, I Capture Castle is much more than bone-shivering breakdowns, electrifying keys, and mesmerizing melodies. Having developed a reputation as one of the most divergent and explosive electronic hardcore acts to take the stage, the band is set to drop a slab of hard-hitting idiosyncrasy on the scene with their new EP Daydreamer. “Paper Walls,” the new single/video is an addictive first taste of what the group is up to on the new EP.

Ever since their debut appearance as an opener for The Artery Foundation Across the Nation Tour in 2009, I Capture Castle has taken the West Coast by storm. Since then they’ve crushed countless stages on nationally recognized tours like Scream the Prayer, Rock Yourself to Sleep, Warped Tour, and Uproar Festival. In 2011, they released their debut EP Overture, recorded by Joel Piper (Confide). The release’s seamless fusion of disparate elements strayed from anticipated clichés and redefined the standards set by the scene, all while averting any limitation to their already diverse sound. It was an ambitious blend of shredding metal and contemporary dance-driven pop, accented by a layer of laser-ready electronica and chugging hardcore.

Then in 2013, I Capture Castle returned to the studio with highly acclaimed engineer Stetson Whitworth (Chelsea Grin, Our Last Night, The Used) to record Daydreamer. Led by one-of-a-kind singles “Slice of Life” (feat. Tyler Carter of Issues) and the newly released “Paper Walls,” Daydreamer one-ups their last release by bending and breaking the rules the group set for themselves. And the themes on the new EP run even deeper than the aesthetic. “Paper Walls” is inspired by the old adage “truth is stranger than fiction” and the video (directed and filmed by Whitworth) couldn’t more accurately convey that idea.

Surrounded by a never-ending onslaught of more and more followers, and led by a determination and drive that is concrete, it is safe to say I Capture Castle has earned their position as an upcoming leader in the world of heavy metal and hardcore. As they continue to progress and transcend expectation, the culmination of this group isn’t even on the horizon yet. With plans for an upcoming mid-west tour, a highly anticipated full-length album, and much more, I Capture Castle are aggressively setting the pace for their biggest year yet in 2015.

Stephen Vicino is the founder of MusicExistence.com. He created this site to give talented musicians a voice and a way to be discovered.
@@svicino
Previous Knuckle Puck Signs WIth Rise Records
Next Bernhoft To Play January Shows in LA, NYC, & Nashville