Themed after DATSIK’s obsession with ninjas and all things martial arts, the Ninja Nation Tour is a call to arms for his fans across the continent—whom he calls his Ninja Squad–to experience DATSIK’s homage to hip-hop influence on American dubstep.  He’ll highlight material from his new DOWN 4 MY NINJAS EP that boasts collaborations with hip-hop legends KRS-One and DJ Paul from the GRAMMY-Award winning rap collective Three 6 Mafia as well as Mayor Apeshit and Walt Grizzly. The tour will also feature the VORTEX 3.0–the third issue of DATSIK’s psychedelic stage set specially upgraded for the Ninja Squad experience.

Special guests ETC! ETC!, Kennedy Jones, Trolley Snatcha, Truth, Barely Alive, Bear Grillz, Fox Stevenson and Twine will join DATSIK on select dates throughout the tour. In addition Loudpvck will hit the stage to support on opening night in Boston on January 22, Washington, DC on February 6 and in New York City on January 24.

Fans are encouraged to join DATSIK’s Ninja Squad at datsikninjas.com where they can obtain a limited number of specially priced $20 tickets to the Ninja Nation Tour and win special prizes including an exclusive DATSIK sub pac, a package from Rockstar Energy and DATSIK merch, as well as be privy to special events around the shows. Tickets are on sale now at www.ninjanationtour.com.

Stephen Vicino is the founder of MusicExistence.com. He created this site to give talented musicians a voice and a way to be discovered.
@@svicino
Previous Check Out mUsa’s “UP”
Next Interview with Maplerun 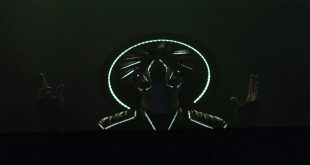 Gallery: Datsik live at The Orpheum Theatre in Flagstaff, AZ 02/27/18 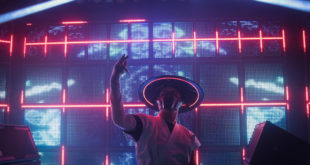