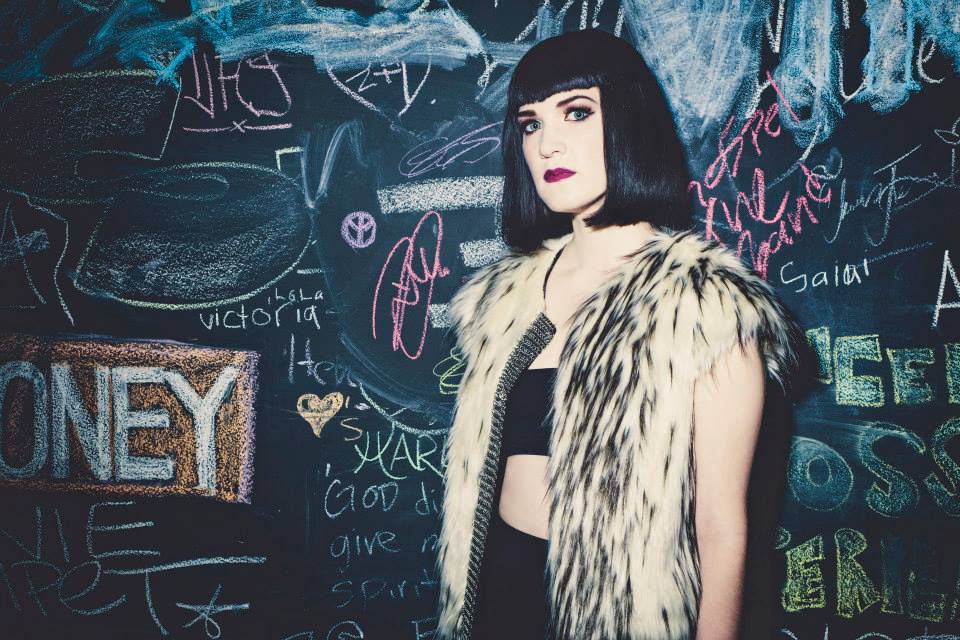 Singer Songwriter and Producer, Eleri releases the official music video for “I Need the Chase” from the upcoming album Love Cyanidation due out on February 3, 2015. Shot by award winning Director, Ilgar Ozturk the music video can be seen on Youtube on Dec 2.

“I Need The Chase” is now spinning on 92.6, the Blitz! On December 15th, Eleri, announced proudly  to her rapidly growing fan base 13 days after releasing her video single that momentum is picking up behind her single. Eleri could come at no better time, her unique mix of alternative and edgy electronic music is perfect for those that are ready to be past the “loneliest time of the year” and jump start into a new season of “self”.   “I Need the Chase”, directed by Ilgar Ozturk, artistically brought Eleri’s emotion to life. The video takes place with Eleri speaking to the love of her life after what can be gathered as her suffering from an alienation of affections. Eleri pleads for him to fight for her, change her mind, bring her heart back to a safe place within his love. However, by the end of the video, Eleri has ventured in to a  greater self awareness and is freed from the necessity that is him. Eleri no longer desires the love her estranged partner. I had the pleasure of interviewing this awesome talent, whose whimsical vocals placed me in the mind of  Tori Amos with the abstract appeal of Imogen Heap.

Eleri, what inspired you to write “I Need The Chase”? The song was inspired by a guy that I was supposed to go out on a date with and he blew me off. I let him know that I was mad about it, but I was hurt and even more mad when he didn’t really try to make it up to me after the fact. “I Need the Chase” is pretty much me telling him that I wanted him to fix where I felt he went wrong.

What was it like working with Ilgar Ozark on this project? Ilgar was really good at communicating with me and making sure that the video turned out to be something that represents me artistically. We went through a lot of different music videos that I liked so that he could understand my style and apply that to “I Need the Chase”, and he always asked my opinion of his ideas.

How uncomfortable was it for you to dig so deeply and express yourself in “I Need The Chase” ? It was a little bit vulnerable to write, but not nearly as vulnerable as some of my album songs that were inspired by longer and more complex relationships. I just look at it as something that I needed to write in order to make myself feel better… So it’s not that hard when you think of it that way. I’m not thinking about my audience or anyone else when I write a song, and I think that’s the way art should be. Otherwise everything starts to sound contrived.

What can your fans expect on Love Cyanidation? My fans can expect to be taken on a journey of all different kinds of love: self-love, infatuation, unrequited love, reciprocated love, dependency, patience, heartbreak, and fantasy.

You wear so many hats Eleri. Artist, Songwriter, Singer, Producer…How much creative control did you have on Love Cyanidation? I had all of the creative control. That’s a big part of why I DO wear so many hats, to keep that control! I did everything on my own label, Ecdysis Records, so I own all of the masters. But I’m learning to branch out and collaborate and/or delegate where it makes sense.

How has completing “Love Cyanidation” helped you to heal and grow as an artist? Writing the songs gave me a space to process some of my most intimate feelings around relationships and about myself. I developed my audio engineering ears by mixing and producing everything. Vocally, I got a chance to hone in on my technique. (Not having to worry about studio time helped with that.) I learned new computer-geeky stuff every time my computer broke down. I also overcame some physical challenges with tendonitis by using voice command software to record my vocals and operate the computer.

Overall, it feels really good to have completed this project because it was so ambitious to do everything on the record. I proved to myself that I could complete this album independently, even in some of the most difficult circumstances. “Love Cyanidation” has been years in the making and it’s finally ready to show it to the world.

Do you have any upcoming shows and tour dates? I am tentatively looking at February 7, 2015 for my CD release show, but I am waiting on confirmation from the venue. I will definitely be playing in Los Angeles for the release show. You can always sign up for my email list to get updates on shows in your area (www.elerimusic.com).

I ask every artist that I interview this question: What legacy would you like to leave behind in your music? I hope my music serves as a reminder that you’re never alone, even when it seems like it. Love yourself. Feel all of your feelings, because they are all valid. Know that it’s okay to be internal and vulnerable… and that it’s fun to be sexy sometimes too 😉

Eleri embraces contrast on her gorgeously lush full-length debut, Love Cyanidation. She remains entrenched in the classical training she received in her youth while also forging into the electronic expanse mined by mavericks such as Imogen Heap, Nine Inch Nails, Björk, and deadmau5. As a result, the Los Angeles-based singer, songwriter, and producer conjures up a seductive sound that is unequivocally her own.

Growing up in a small town just north of Chicago, Eleri immersed herself in music, taking guitar, voice, and piano lessons and frequenting Berklee College of Music summer programs. Once she moved to the City of Angels and transformed her apartment into The Canopy Studios, Love Cyanidation started to come to life with Eleri producing, engineering, and playing every instrument herself. That title encapsulates the story at its heart.

“In gold cyanidation, you have to use poison to extract this beautiful metal—gold,” she explains. “In life, our greatest pains are necessary to find our greatest pleasures, wisdom, and love. The album is about love and relationships. I replaced ‘gold’ with ‘love’ to represent that process of pain and pleasure in finding happiness.”

In early 2014, Eleri unveiled “Play Me,” a track blending her breathy delivery with a Vaudevillian spark and synth bounce that exudes a sexually charged kinetic spark. Chris Corner of IAMX (Gary Numan, Imogen Heap) directed the sultry MUSIC VIDEO for the song.

Elsewhere on Love Cyanidation, Eleri delivers a plaintive tale of unrequited love on “Butterfly” with soft acoustic guitar punctuated by her poetic lyrics as an unforgettable hook takes flight. “I Need The Chase” taps into a distinctive energy that’s as driving as it is delicate. The album culminates on the ethereal and entrancing “Wake Up Dreaming” where the electronic elements wrap and her warm vocals lead a lithe and luxurious send-off.

“I had written so many songs about my first real relationship,” she shares. “At some point you’ve got to let go and move on, which leaves you with a bittersweet feeling.”

Ultimately, Eleri’s search for love within the music will prove inspirational for anyone embarking on this journey with her. “I’d love for people to feel like they’re not alone when listening to my music,” she leaves off. “I want to shine light on that beauty and love we all have in ourselves.”

Tags Eleri I Need the Chase

Danielle Niecey is a Content Contributor & Freelancer Writer for Music Existence Magazine. She is owner and writer for Blessed Bachelorette, an emerging women's lifestyle blog based in New York. Danielle is a published author ('Based On A Love Story'); Entrepreneur, Actress and Songwriter.
@DanielleNiecey
Previous New Film Delves Deep Into Rock ‘n Roll Madness
Next House Music Producer and DJ Lupe Fuentes Releases “Twisting My Mind”!