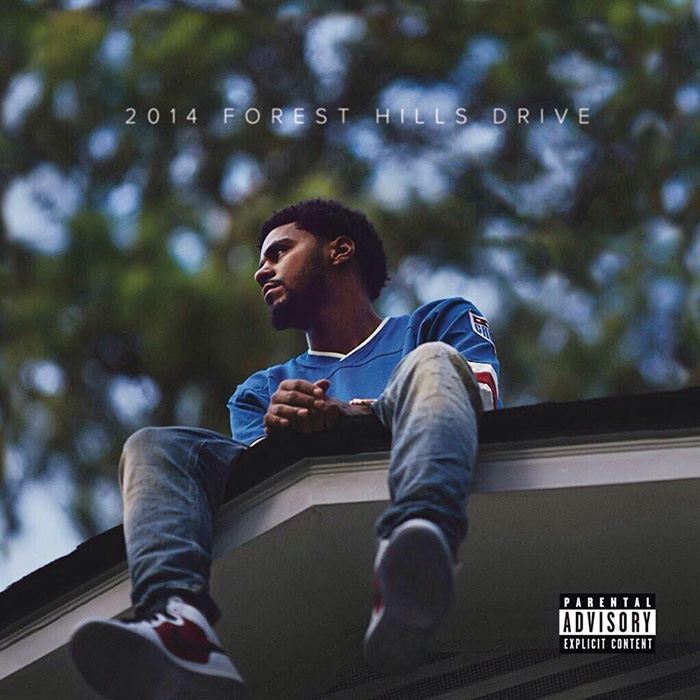 Today—well, late last night—marked the release of J. Cole’s highly anticipated third studio album, 2014 Forest Hills Drive. Cole has always stuck true to the constant representation of his fans, and his appreciation for them is clearly reciprocated as he currently holds the number one album spot on iTunes despite the record leaking a few days before its release.

Cole really is all about fan interaction and integration, because he gets it. The evidence is endless, whether it’s a picture of him in a room with walls surrounded by posters of rap legends that he—and we all—look up to, or him in a shirt he made himself saying “PRODUCE FOR JAY-Z OR DIE TRYING,” there is no denying he is as big a hip hop fan as all of us who love him. The anticipation of this album was almost more fun than finally being able to listen to the music itself; Jermaine went into people’s homes and had private listening sessions with them, along with other fan activities like ice skating…when’s the last time somebody got to go ice skating with their favorite rapper?!?

J. Cole has a sound that is distinct to him and has become extremely familiar, but for some reason, it’s always refreshing. Like we saw recently with Logic’s debut album “Under Pressure,” 2014 Forest Hills Drive is 13 tracks of pure J. Cole—absent of any features. Though in the past he has been graced with help from legends like Jay-Z and Missy Elliot, you can listen to this album and truly appreciate who Cole is as an artist without missing his cohorts too much.

“Fire Squad” is an obvious stand out and the song that’s had everyone talking since the moment it reached the Internet. It begins with a classic exclamation of him saying he is the best, while Cole also calls out white figures in hip hop saying that they stole the whole style. Cole says, “watch Iggy [Azalea] win a Grammy while I try to crack a smile”—which is fitting seeing as Iggy just won big at the American Music Awards. While calling out other rappers is nothing new to hip hop, J. Cole addresses issues much more prevalent in the industry today, like white rappers trying to grab hold of the culture.

Two of the strongest and most memorable aspects of the album are its beginning and its end. The Intro to the album exhibits J. Cole repeatedly asking “do you wanna be happy?” backed by airy, smooth melodies. Some of hip hop’s latest singles seem to be focusing on the idea of happiness and self-love which I’m still warming up to, but I will take Cole’s revelations of happiness over Kendrick Lamar’s “i” any and every day of the week. The last track on the album is a fourteen minute long “Note to Self” and though it is not a song, it is one of my favorite parts of this piece of work. Cole rapped over Kanye West’s “Last Call” on one of his earlier mixtapes, and “Note to Self” is also clearly taking a page out of Mr. West’s book to show gratitude toward the people who helped make the album possible. If it was not apparent enough in the 12 preceding songs, this conclusion showcases just how proud of himself Cole is having finished this album as he screams, “I don’t give a fuck if we sell 3 copies, we killed it!”

2014 Forest Hills Drive is nothing we haven’t heard from Cole before, but sometimes familiarity is a welcome addition to an already strong discography.

From Los Angeles and living in New York. Always listening to music.
@http://www.twitter.com/BecahJayy
Previous Ace Frehley Live | Keswick Theatre | Glenside, Pennsylvania on 11/26/14
Next New Music Video by Til Von Dombois “Your Flame is Everything”