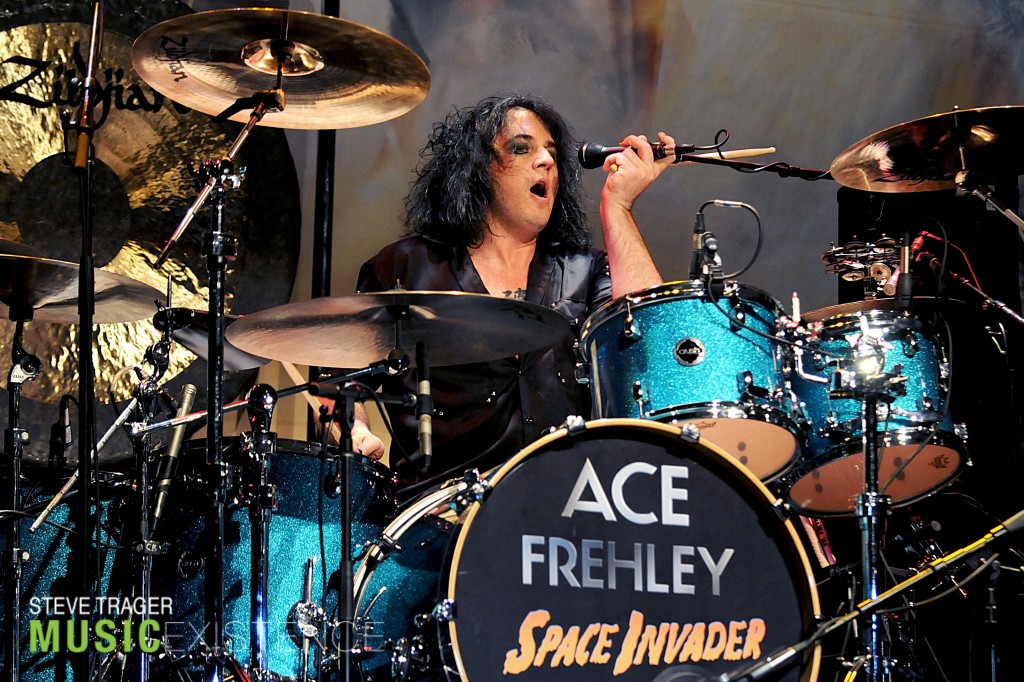 Closing out the month of November 2014 there have been numerous spectacular concert events all around the east coast region, some of which don’t always come through as often as we all would like, so we often settle for a one off performance of some our favorite Rock Icons which always seem turn out to be the greatest shows ever. It has been over twenty years since legendary former KISS guitarist toured the circuit in support of a great new CD entitled “Space INVADER”. Another jammed packed effort of all new solo material that clearly puts Ace Frehley on top of his game as always.

This tour also marks the return for Ace Frehley to perform outside of the Philadelphia market in Glenside Pennsylvania at the ever popular cozy comfy newly restored Keswick Theatre. A small venue with great sound acoustics perfect for a rock show. Despite the inclement weather, the Keswick was half empty, perhaps the lack of advertising and or the entire week surrounded of the big holiday traditions with family and friends kept ticket sales brisk, still it was a great time to get out and see Ace Frehley sizzle on stage with all those great memorable classics through a lifetime of music.

Doors opened very early about an hour and a half, as people filled in grabbing merchandise some of which was authentically signature by Ace himself, fans were treated to about forty minutes of local Doylestown musicians, not often do any lesser known bands in the area get to share the stage with an Icon like Frehley. While the local band was performing many songs from their debut EP, Fans lined up alongside the backstage door to have perhaps one of the greatest moments in their lifetime to meet Ace himself and have a few signatures, which in its self is sometime priceless.

With a quick change over, the stage was set for Ace to roll out some great new songs as well as anyone’s guess just how many KISS Classics he would toss in during his set. Ace opened the show with “Rip It Out “from his first debut effort back in 1978. Ace Frehley well-dressed center stage introduced eager fans to some all new material throughout the show with songs like “Gimme a Feelin’ “, “Toys “and “Space Invader “Obviously fans wanted to hear many of the solo songs that impacted his career outside of KISS to those classics he written or co-written with his former band mates spanning an entire generation of rock anthems.

Ace Frehley always put on a great show when I last had a rare opportunity to see him back in 1991 in a small club just up the road, yet his has always put out some great solo recordings but really hasn’t touched the touring torch until this release or at least not in the Philly area.
While many of the KISS classics like “Love Gun ‘, “Strutter “and
“King of The Nighttime World “with Scott Coogan on vocals made the night even more special for any avid KISS fanatic in the first five rows raising their fists in the air. Besides Ace being the star of the show, Richie Scarlett leaned over and belted out “Breakout “from Frehley’s Comet which sounded dynamite like a freshly polished new song even if it’s from 1987.

It wasn’t just the memorable songs throughout the entire show that made it a great light it’s the experience of reminiscing through timeless classics and Ace Frehley’s precision guitar playing during the show. Now show should be ever left incomplete without “ Shock Me “ when Ace brings out his signature Les Paul sending sparks out into the air, something we all used to see back in the KISS concert days in full blown antics ecstasy.

Even with a bunch of KISS songs tossed in for good measure, Ace Freshly still can hold the fans in the palm of his hands like “ Rock Soldiers “ another stellar song featured in his set from his early works as a solo artist. Ace Frehley being clean and sober for years truly demonstrates his creativity through every classic gem he performed at his recent Keswick Theatre show.
Defiantly worth traveling in bad weather and toughing it out to see one of Rock’s best solo artists Ace Frehley. 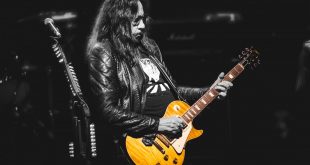