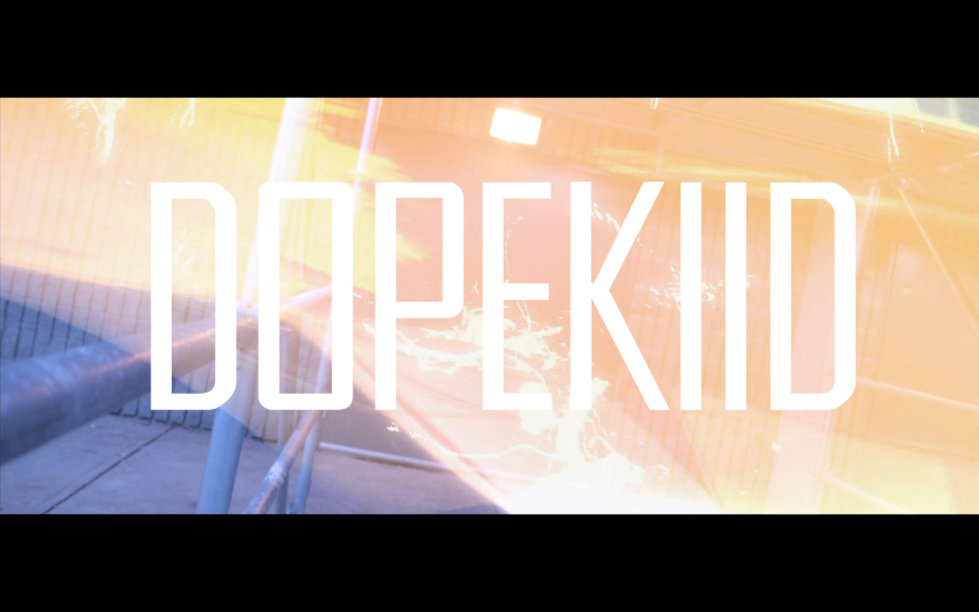 Dopekiid “I Don’t Wanna Hear About It (Young Visionary Pt.IV)”

Ottawa Rap Musician DOPEKIID releases the highly anticipated Visuals for “I Don’t Wanna Hear About It (Young Visionary Pt.IV)” off his debut Industry Mixtape “The Most Un-Likely To Succeed”. Directed by NockNockBeats, Young Visionary Pt.IV is the perfect visual introduction to DOPEKIID as an artist & as a serious contender in the Ottawa Music Scene.

Having released the Mixtape last August 2014, DOPEKIID took the record with the most impactful vibe & lyrics & brought it to life. Following the Young Visionary series- starting with the last episode, this visual brings to realization the hunger & determination Dopekiid has to break loose in an Industry that craves over-saturated bangers with low substance. Writer’s Block, Sneak Dissing, Insufficient funds & being under-rated is everything a lot of Artists experience & can relate to. Dopekiid puts this all on wax.

As the first Visual to a series, I Don’t Wanna Hear About It (Young Visionary Pt.IV) is a glimpse into the life of a Young Visionary & a clear definition of the message trying to be sent by one

Deonn Deetz, known by the mononym Dopekiid, is a 21 year old Hip Hop artist based in Ottawa, Ontario Canada. Hip Hop, one of the most competitive genres of music, in the last decade has fallen to ridicule by its own fans due to the over saturation of young artists who have seemingly risen to fame overnight by putting out songs with catchy hooks and lack luster lyrics. Combating this stereotype, Dopekiid delivers substance and quality while writing and shows off his lyrical prowess every-time he steps into the recording booth. His unique formula has been coined as “DOPE” and can be heard when listening to any of his many singles such as “One Day” or “Revenge of the Dreamers.”

Being a part of the Hip Hop dance scene at 14 years of age helped him form an early understanding of the importance of rhythmic timing and body synchronization. Two years later he would explore another of the the five elements, the MC. At 16 Dopekiid fell in love with writing as he used it as an outlet to express himself. It was around this time that Dopekiid fell into a downward spiral. Currently doing a stint in rehab, he found himself shunned by his classmates. Not soon after was he expelled from school, kicked out of his house, and ultimately kicked out of the rehab facility as well. Finding himself on his own, he credits his come back to Hip Hop, specifically the artist named J Cole. “When I was 16 I went to rehab and at that time J Cole and his mixtapes; The Come Up, The Warm Up, and Friday Night Lights, helped me get through that period.” – Dopekiid

Now at an age where his peers are more concerned about the next “Turn Up,” Dopekiid remains a Young Visionary with his sights focused solely on success. With a rough past and still feeling like a black sheep among his friends and fellow rappers, Dopekiid has come to understand that he is “The Most Unlikely To Succeed.” Conveniently the same title of his debut mixtape released August 28/14.

Tags Dopekiid I Don't Wanna Hear About It

Stephen Vicino is the founder of MusicExistence.com. He created this site to give talented musicians a voice and a way to be discovered.
@@svicino
Previous The Zealots Release Music Video, Free Download For Explosive Track “Chips the Fish”
Next Amy Kress releases, “Numb” single and music video