Multigenre EDM Producer and DJ DANK, aka Brian W. Atwood, has been in the dance music scene for nearly two decades, but most recently has dominated the remix world with his trap and bass infused reinterpretations of such major releases as Iggy Azalea’s “Black Widow” and Brittney Spear’s “Work Bitch”.  Music Existence recently had the chance sat down with the busy producer to talk about balancing being a label boss with being a big name for such EDM labels as Ultra and Ministry of Sound, what makes a remix project meaningful, and what’s coming up for fans.

I’m grateful, I have a lot of big things coming up that I’m very excited about.  On November 17 “Get It” was released on Ministry Of Sound – Australia / Hussle Recordings.  It’s a Melbourne bounce track with some DANK twist 😉  Next month, on December 14th, “1994” with Zelma Davis comes out on Safari Music.  Zelma is the original vocalist from C&C Music Factory from back in the day, so it was really cool working with her.  Sometime around mid-January I have my next big release on Ultra Music, “Who’s Got Ya Love“.  This track is totally a horse of a different color for me, so I’m really looking forward to fan’s reactions.  Again a lot of good stuff going on and I’m very grateful at the same time!  Looking forward to it!

I’ve had the pleasure to remix for some great artists.  It all started when a buddy of mine in A&R over at Ultra got me a remix for Britney Spears titled “Work Bitch”, and  I knew this was a big one so I worked my ass off on it (no pun intended).  Britney liked it and the label liked it, so they released it; I bugged out.  Moving forward my manager, Gerry, who works like a beast, reached out to a lot of the major labels and just got me remix after remix.  I did my best on each one and we worked our asses off to promote them as well.  Now, when something big is coming. they call us.  It’s crazy, I’ve been involved with dance music in some sort of fashion since 1997, it’s been a crazy ride!  Again, I’m really grateful for the opportunities that have come across my plate and looking forward to what’s to come.

So… that’s a good question, and a really hard one as well, lol.   If I had to choose one that was my favorite it would be the two remixes for Yoko Ono’s track titled “Angel”.  My old man passed away when I was 18, but he exposed me to all sorts of music at a young age, and especially The Beatles.  So looking down, I know he would have been excited about me remixing for John Lennon’s wife, lol.  That one was a personal one for me.  I made two very different remixes, both from the heart; the trap one in particular I wanted to be an emotional track that was, hopefully, unique for that genre.  Again, it’s a really hard question but, overall, if I had to choose one it would be “Angel” by Yoko Ono.  On the bucket list would be Beyonce or Jay Z… I’d love to bang one out for DMX or NAS as well.  I’d make a trap remix for Frank Sinatra if given the chance, lol.

So it’s really hard running a label and at the same time trying to go all out on your own stuff; it takes a team for each, at the very least.  I’m grateful I have a great team working at Funky Element.  We took a break for a while to re-focus, and now we have our next release December 8th.  We’re focusing more on fewer releases, but each release is going to be bananas, with banging remixes as well.  It’s really hard to make money selling music these days; we do it to release banging music and give smaller artists the opportunity to let the world hear them.  The coolest thing is to see people you have released in the past “blow up” in the future or even “blow up” as a result of the FE release.  To me it’s really about giving back, getting great artists the attention they deserve, and, most importantly, releasing kick ass music that makes people jump and/or bug the fuck out 😉

Good question.  I love playing festivals because there can be times where the energy is so intense it makes me wanna break shit; at the same time I can get that same feeling at a small, more intimate spot as well.  Small spots are cool because you get to interact more on a personal level with your fans, to some extent.  I’d say my answer would be C:  Both.  It really depends on the vibe of the party, because I feed off that and give them the best performance I can whether theres 500 people or 50,000.

I’m grateful we have steady tour dates throughout the US till well past 2015, so hopefully I’ll be seeing your readers soon.  I’ll be going to the UK and doing a mini tour there in March, I believe last stop is Ministry Of Sound, so I’m looking forward to jamming out across the pond again as well.

Previous I Want My MTV Back
Next Prawn Premieres “Built For” off Upcoming Album “Settled”! Listen Now on Music Existence! 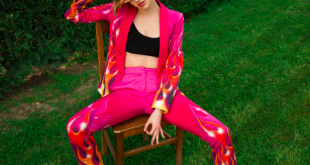 Betta Lemme Partners with NYLON to unleash “Give It” music video 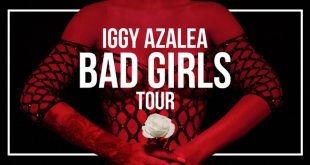 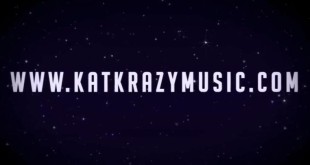