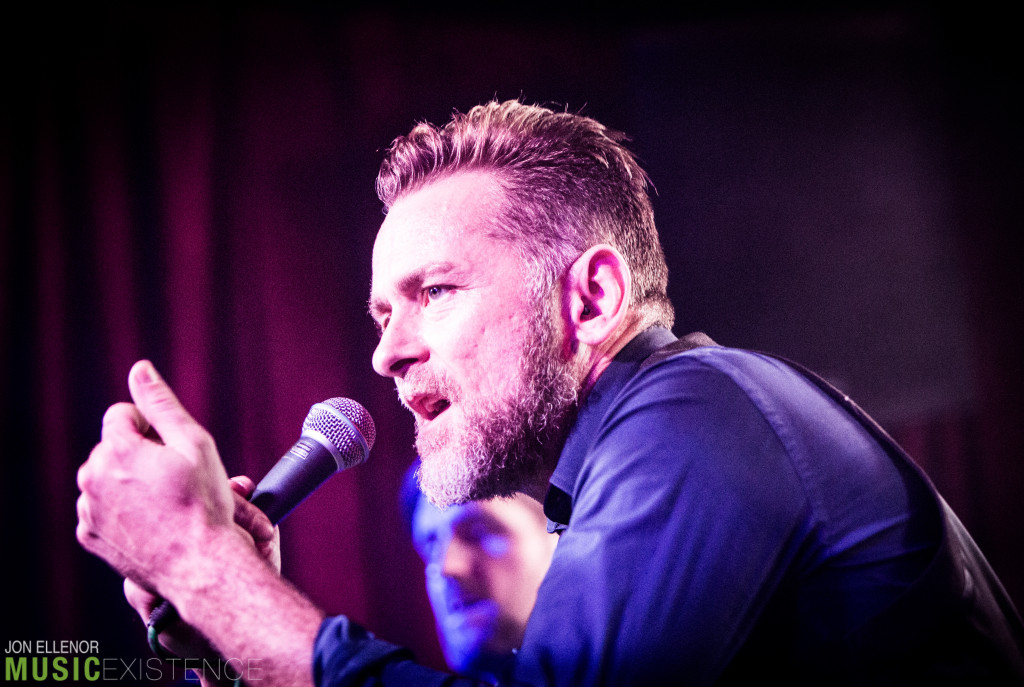 Livingston made a triumphant return to the London stage recently with an intimate, energetic gig played in front of an enthusiastic crowd at London’s Hoxton Bar and Kitchen. The band were back on the London stage following a two year exile in Germany largely spent in ‘Hut in the forest’ working on their latest album release ‘Animal’.

Clearly time in German huts is beneficial with a great set featuring material from the new album alongside recent hits. The claustrophobic atmosphere combined with the oppressive industrial rock sound made for a breathless performance.

Livings have been a bigger success in Germany than the UK but that is surely due to change based on this evidence. Kicking off with the rather dark sounding Big Mouth quickly followed up by Six by Four. A clear contrast influenced by producer Al Clay with a similar sound to the Stereophonics. Livingston have the fairly wide appeal apparent by the mixed crowd in London.

After revealing that the lyrics of Somebody had been inspired by lead singer Beukes Willemse had been bullied as a child in South Africa the band thrilled the crowd before finishing up with an encore of Control Reset, Set Fire to Fire and Animal.

The new album ‘Animal’ is well worth listening too produced by the band without the constraints of a label has led to a really interesting mix of sounds and styles. It’s perhaps slightly less mainstream than some of the bands earlier albums but the stadium anthem feel will I’m certain make Livingston make a big hit on the festival circuit in 2015.

All in all a great return to London lets hope it’s not another two years till we see them again!