Fools’ Brew is on a mission to shred your ears with their brand of straightforward, beer-soaked, Midwest-bred metal. The Chicago four-piece cut their teeth playing bars and clubs all around Chicago, Joliet, and northwest Indiana. After making their mark in the world of live music, the band has dropped their debut EP This Side of Sanity. New single/lyric video “Panic Room” is a heavy, wrenching glimpse into this band and their latest release.

After forming in late 2010, the band dug in, started writing music and starting playing as many gigs as they could find. This led to the group earning themselves a reputation as a killer live act, in turn leading to even more killer spots. In the early months of 2012 they rocked The Rave in Milwaukee while opening for Korn. 2013 saw the FOOLS win the Chicago Battle of the Bands at Reggie’s Rock Club, play the main stage at Congress Theater, and headline shows at Goose Island Wrigleyville and Reggie’s.

Then in February 2014 they dropped This Side of Sanity. The debut EP earned them more fans and found the band playing out at even more shows. Behind the EP’s release they’ve showcased their raucous live set at venues in Detroit, Indianapolis, Cleveland, Columbus, and Pittsburgh; opened for Kyng, Kill Devil Hill, Soulfly, and Butcher Babies; and packed shows back home at Reggie’s, Martyr’s, and Mojoes among others.

For the new single “Panic Room,” the band dug deep and wrote a bracing, hard-hitting ode to the anxieties felt during a massive panic attack. The songs relentless hook “It’s all in my head” hits hardest; the sentiment is a double-edged sword, both comforting and alarming in equal measure. The lyric video, which premiered on Blank TV, captures the unstoppable sensation of your world  unraveling around you. Like the song itself, you feel the video’s impact.

The word is spreading, heads are turning, and faces are melting. The future looks bright, because Fools’ Brew is on fire.

Stephen Vicino is the founder of MusicExistence.com. He created this site to give talented musicians a voice and a way to be discovered.
@@svicino
Previous Need Some Great Workout Music? Check Out Passion4Profession!
Next Interview: Brandon Yeagley of CROBOT 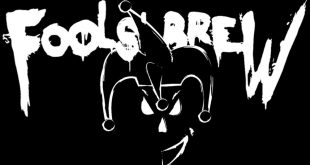