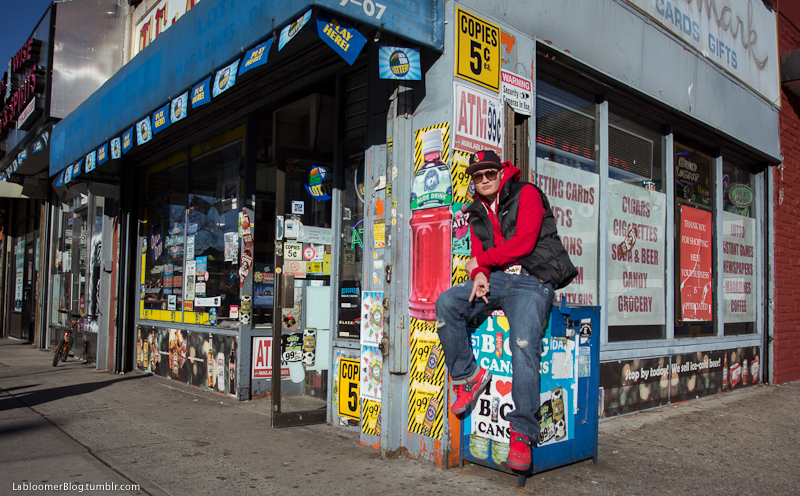 Chinese-American, NYC-bred rapper and Red Money Records head China Mac presents the Aaron Perkins Jr.-directed music video for “Buck A Cop”, a new song which he drops over Mike Will’s beat for Chief Keef’s “Dead Broke”. Writing his first rhyme while sat on a juvenile detention center bunk bed, the Brooklyn-born rapper formerly known as G-Kay was eight years old when he was first sent to a group home. “Two things have always been consistent in my life: I kept getting into trouble, and my love for Hip Hop kept growing,” he says. In 2003, after serving a three-year sentence for gang-related crimes, his first mixtape was gaining fame within the Asian community when a gang fight inside of a NYC club involved China Mac and former Ruff Ryder artist Jin left one man was shot. After going on the lam for over a year, China Mac was arrested in 2004 and was sentenced to 11 years in state prison. “Buck A Cop” is his first release since his release in November 2013. “While in prison, one incident of police brutality caused me to lose my front tooth, and I was condemned to serve two years in solitary confinement,” says China Mac. “I also witnessed many brothers die by the hands of unscrupulous prison guards, many who were close to me. For years I bit my tongue and tortured myself by not voicing my opinion on these matters because I was focused on returning to my family. Upon my return I see no difference in the treatment and dealings with police officers and civilians. The same feeling that haunted me for the decade I spent inside of prison is the same feeling that I get when I walk pass a police officer. Freedom has no place for oppression. Making this song and releasing it is a testament to my freedom.”

You talk about starting your label Red Money from money you made selling drugs in jail. How easy is it to do that? There’s nothing easy about selling drugs in prison. The drug game in prison is a dangerous one, it comes with very high prices and constant threats. But if done right it can be very lucrative, because the prices for drugs skyrocket once inside the prison walls. But just anyone can not sell drugs in the “big yard” because the wolves are always lurking and looking for someone to “get”, so you have to hold weight. And most importantly you have to move smart because the prison guards are always hunting down the drug dealers because they know that the drug dealers are the ones in control. I participated in the game with the sole intention on walking out the prison gates with enough money to start Red Money Records and I was successful.

You were in prison for 11 years. How has the world changed? The obvious answer is technology. Smartphones were not around when I was home, and now I can’t imagine life without one. Fashion has changed a great deal, because now skinny jeans rule.

How has it remained the same? It was a struggle when I left and it’s a struggle now. I don’t think that will ever change.

Do you find that many people remember your music from your pre-prison days? Or are you effectively starting over? Some people remember but that’s only people from my old neighborhood. I am ten times better this time around, not just with my music, but with everything. I am not the same person I was when I was rapping before, and that will show in my music as well.

What do you hope to achieve with “Buck A Cop”? I wrote the song with the intention on starting a much-needed conversation about how the people are feeling about the oppression that we are constantly faced with. The anger expressed in the song is how many people feel within the urban communities, but this anger is spreading because people are starting to see that this  “us versus them” mentality that our officers have now knows no color boundries. We as the people have to get off of the things that keep us separated and weak, and focus on standing together for our rights as human beings. I believe that the conversation has only just begun, and I’m glad that I can contribute.

Stephen Vicino is the founder of MusicExistence.com. He created this site to give talented musicians a voice and a way to be discovered.
@@svicino
Previous New ‘Magic EP’ from Paperwhite
Next Chiodos to Tour with We Came as Romans