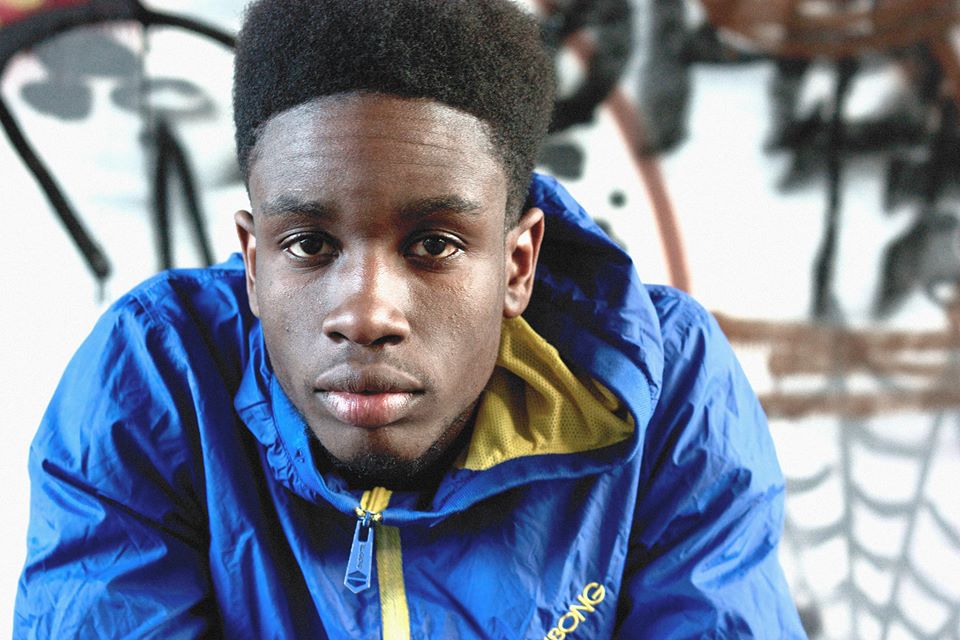 Recently, I coined this guy as my local indie music scene hero. He replied with a cool thank you and proceed to do what he does best, grind it out. When I met Alex Aff, he was interested in learning more, humbling and asking questions about MusicExistence.com. I didn’t expect the amount of talent and dedication this man exerts in his music promotion, nor the amount of time he spends investing into his music. It doesn’t hurt that he was bred for the career, attending classes at the school of the Durham Arts in Durham, NC. He has put the years of study and hard work to good use. Makes me wonder if he was voted most likely to succeed because he is definitely going places with this level of tenacity. He is not hard to find either, working quietly and building his empire with visuals in the form of videos of and IG post promoting interviews and singles. Alex is serious about his craft. There is no question about it, no wavering no doubts about it. After reviewing both his album “Who Cares Part II” and a few of his popular videos, I had to ask him…

ME: At what age did you begin rapping?

Alex Aff: I wish I knew exactly what age I began really rapping. I have no idea. I usually tell people around 12 or 13 is when I started getting into it a little more habitually.

ME: Who are your major musical influences?

ME: Is there any regional sound you tend to favor when it comes to hip hop (east coast/west coast/southern)?

Alex Aff: Not necessarily. There are artist that I like from every region. Kendrick from the west Coast, Big Krit from the south. Artist like 50 cent from the North and I named some Carolina artist holding it down for the east coast. I prefer more lyrical music with a little more substance. There’s alot of quality in each region. Doesn’t matter too much to me. I hope that answered the question.

ME: What was the name of your first record?

Alex Aff : Wow! I have no clue lol. I get jealous when other artist remember stuff like that because I literally don’t know. I’ve been recording and writing for seemingly so long that my mind can’t even dig up that information. Whatever it was, it was garbage hahaaa

ME:Do you freestyle? Do you think freestyling is a lost art in hip hop?

Alex Aff: I do freestyle. But not nearly as much as I used to. When I was younger I really thought I wanted to be a professional freestyler. That’s all I did. When I got around to writing, that pretty much took over my whole life. Freestyling seems like a lost art, but to me it isn’t. Sometimes when I go out to cyphers in the area, people really be freestlyling all night long. It’s just something you gotta find its not as seen as it used to be.

ME: What hip hop song touched your life the most and who was the artist that performed the song?

Alex Aff: Hard question. If I were to pick one song I’d say “Lost Ones” by J. Cole. It’s a song that tells the story of a guy who got a girl pregnant and it goes through all the emotions of the both the girl and the guy. It was powerful for me. I remember when I first heard it, I literally played it like 10 times in a row. My brother got mad because I kept playing that song lol.

ME: Which one of your songs is the most introspective and hardest to share? Why is that?

Alex Aff: My most introspective song is probably one I have called “Demons”. It’s one of the most personal songs I’ve written. It pretty much talks about how scared I am of myself that Im actually chasing this dream, and how emotionally damaged I may be due to a multitude of reasons that would be impossible to explain without talking for hours. But I’ve realized its not that hard to share anymore. Music to me is a healer of all pains. Its therapeutic to write and record music. It eases my mind and helps me cope with this crazy world. And the people that like my music get it so Im glad that Im able to write raps about stuff that people can relate to and vibe with.

ME: How far would you like to take your music career?

Alex Aff: A million times farther than people would ever believe

ME: Do you believe that the area will remain the same in terms of publicity and recognition?

Alex Aff : Who Knows. We have the potential for sure. If we all work as hard as possible and support eachother its impossible for us not to come up.

ME: Are you a part of a label or musical affliation? If so, tell me more about it?

Alex Aff: No label or anything like that really.

ME:What is your advice for every aspiring hip hop artist in the NC area and beyond?

Alex Aff : If I were to say anything, I’d just say tell the truth to these people. It’s easy to tell when somebody is lying in their songs and the people will lose respect for you if they see you not really telling the truth.

ME:Share your discography? Do you have any new projects in the works?

And I am working on a new project. Im in the early phase Im still playing with concepts and reaching out to people and stuff like that. More than that Im just tryna record alot more songs and shoot more videos.

ME: Where can finds find your work and receive updates for your shows/tours?

ME: No doubt AlexAff.com! I’ll defeinitely put the readers on to your site and have them check out your incredible music!