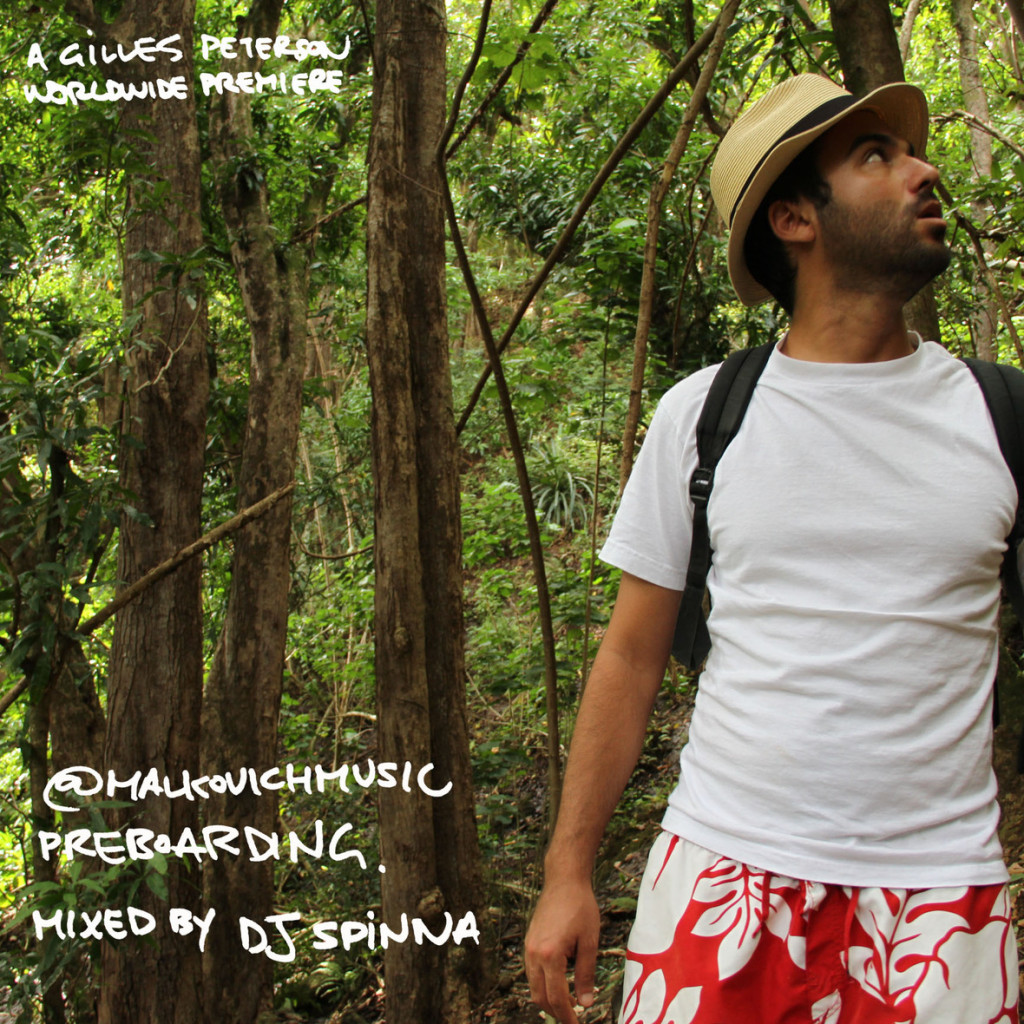 Almost three years after giving up his home and all his possessions to travel indefinitely, homeless traveling rapper Malkovich presents Pre-Boarding, his new mixtape mixed by DJ Spinna (Eminem, Mos Def, Talib Kweli, Pharoahe Monch, De La Soul) and premiered as part of BBC radio DJ Gilles Peterson’s Worldwide Premiere series (link). Iranian/British-blooded, Italian-born, and raised across the Middle East, Europe and Africa before moving to Los Angeles, Malkovich raps over African, Caribbean, Brazilian, Indian and Cape Verdean world music classics from Alice Coltrane, Shaan, Serge Gainsbourg, Rob, Orchestre Poly-Rythmo De Contonou Dahomey, Mulatu Astatqe, Augustus Pablo, Tim Maia, and Orquesta Joe Cain, as well as two compositions from L.A. producer Computer Jay. Omni, Sum, Chris Clarke and Ali Baba Abnormal also guest on the mixtape, which Malkovich wrote during his travels through the Dominican Republic, Belize and Jamaica. Pre-Boarding is his followup to his 2013 album Great Expectations (listen), which received support from DJ Premier, The Source and the Wake Up Show. His 2011 mixtape Ayatollah Presley – mixed by deejay/producer House Shoes – featured Dibia$e and Prince Po of Organized Konfusion, and his verse from “NOLA Redux” kicked off Gilles Peterson’s 2009 Best Of HipHop Mix. Malkovich recently began #1BAG (watch the most recent episode in Thailand), a multimedia project where he finds producers across the world on Twitter, collaborates with them in their countries, and documents the experience through music, video and articles. Episodes in Cyprus, Italy and Thailand are already out, and Cambodia, Malaysia and Namibia are in the works. Pre-Boarding marks “the true beginning of my career,” Malkovich says. “I always dreamed of doing nothing but traveling and rapping about what I see, and after 20 years of rapping, my dream’s my reality.”

Stephen Vicino is the founder of MusicExistence.com. He created this site to give talented musicians a voice and a way to be discovered.
@@svicino
Previous Bari Tarantino – I know
Next J.O.S. Release Official Video & Self-Titled, Debut EP | Download Now For Free 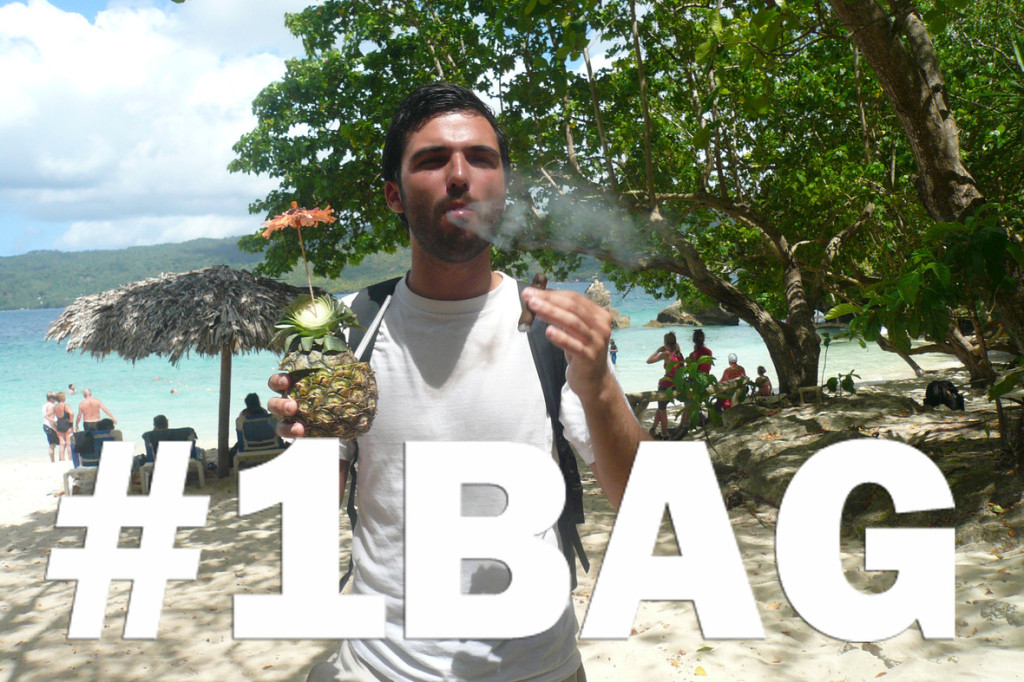