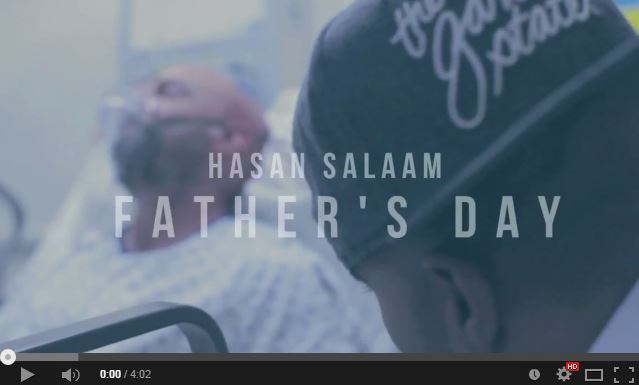 New Jersey rapper Hasan Salaam presents the Alex Ghassan-directed music video for “Father’s Day”, his new Craig Rip-produced single from Life In Black & White, Hasan’s Viper Records full-length out now featuring Immortal Technique (watch “Jericho”) Kendal Good, Maya Azucena and Drue Davis as well as production from Snowgoons, DJ Static, Denny Carson, Remot, dj INSITE, Hezekiah, Beatnick Dee, Crossbone T, Southpaw, and Douglas G. Simpson & Kareem Knight of the Aqua League. Hasan has performed live on NBC, Fuse, CSPAN and PBS. All profits from his 2012 EP Music Is My Weapon (listen) were used towards his “It Takes A Village” project which funded a school, clean water well, and medical clinic in Guinea-Bissau, West Africa. A community organizer, he works with troubled youth, and helps run a monthly food and clothing drive in Jersey City, N.J. Hasan has taught “The Socio-Political Importance of Black Music in American Society”, a self-created lecture, at universities across the country. Also a master fetish trainer and sex educator, he speaks at shelters – specifically to abused women – helping them reintroduce sensuality back in their lives. Hasan is a Sexpert blogger for Calexotics, a sexual wellness and novelty website, and recently founded his own erotica/fetish company, Sensual Noire/Jet Setting Jasmine, as well as opening his first fitness studio, Body Altitudes, in Florida. After touring with Brother Ali and Immortal Technique, Hasan Salaam was signed to Viper Records. “We as human beings are naturally flawed,” Hasan says regarding “Father’s Day”, which addresses his relationship with his father. “But if you can find some way to connect with family, do it. It’s worth fighting for. He says Life In Black & White “deals with life in so-called post racial America where being a person of color is still treated like a crime.” Life In Black & White is out now on iTunes.

Stephen Vicino is the founder of MusicExistence.com. He created this site to give talented musicians a voice and a way to be discovered.
@@svicino
Previous Sundials Set to Release Kick EP Nov 4th
Next Ashestoangels Release ‘Horror Cult’ & Video For ‘Bury Us In Black’ 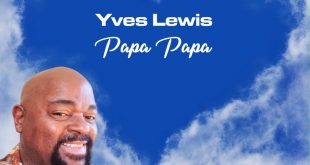