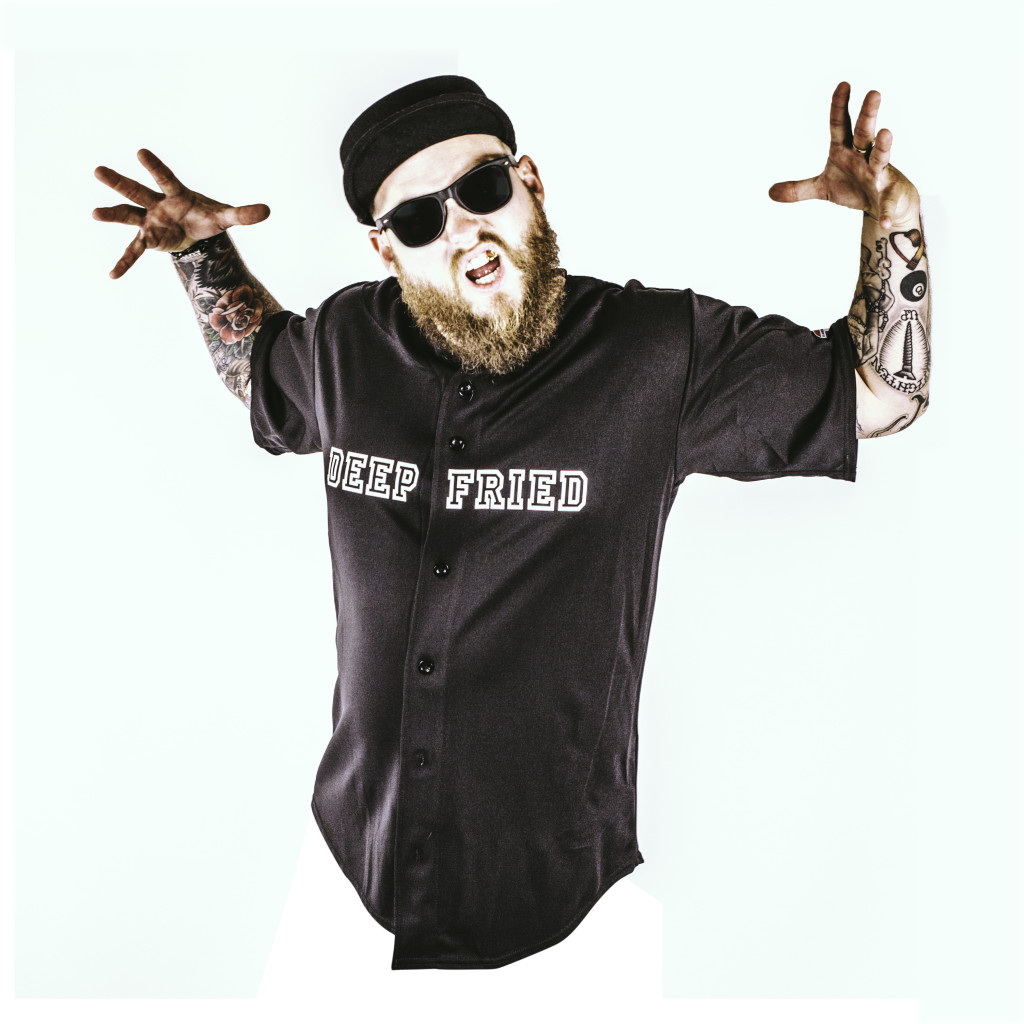 Charlotte, North Carolina emcee Shane Coble a.k.a. Stranger Day presents the Shamus Coney-directed music video for his new single “Born Bad”. The beat is produced by Joel Khouri, who handles the majority of production on Graves, Stranger’s forthcoming album set to feature Lotta, Elevator Jay, Reese, Terrence Richard (Junior Astronomers), Jams F. Kennedy, Ally Hoffmann, Ducko McFli, Justin Aswell (Mr. Invisible), Little Bull Lee, Lotta, Elevator Jay, Travis Phillips (Modern Primitives), Scott Weaver, Mykal Star & Alex Kastanas. The “Born Bad” video follows on the heels of the music video for first single “All In Together Now” (check it out here). Shane followed up his first project Young, Dumb & Dope with the Barstool Bounce EP which included production from Mad Decent’s DJA, and included “Not Playin” which was featured on MTVU, Fuse and AOL Music. Bounce also included production from Philadelphia’s EMYND who Day teamed up with for the rock ‘n roll sample-fest A Sunday Drive With The Windows Down. Day dropped his first full-length album Vice Matters in 2012, and Greedmont Park and We Are The Process presented his 2013 album You’re Welcome. “My DJ friend AHUF was sitting around stoned watching Natural Born Killers,” says Stranger. “He heard the sample, gave it to our friend Joel Khouri and he made a banger. I just took my ’66 Riviera out for a ride and created a cool visual; something a bit haunting to fit the vibe of the song.”

What’s the Charlotte rap scene like? It is pretty small but full of talent! I wish we received more attention from national media outlets and whatnot but I feel it’s on its way. We lack support from the general public, as most music here does, but the cool thing about Charlotte is all musicians support each other regardless of genre so it’s a fun creative scene for sure! A lot of my new music features a ton of local musicians on it. Whether its backpack rap or more street shit, we have a ton of awesome rap coming out of the city right now!

Watching your video for “All In Together Now”, you seem like the kind of guy who’s probably been involved in some crazy parties. What’s your craziest party memory? I’ve been to quite a few parties in my life, I’ve thrown many as well! I have few wild moments stored in my head, not even sure which to share here. This past summer my crew: Permanent Vacation X Deep Fried Family partnered up with PBR and Sailor Jerry Rum to throw a monthly day party called “Squirt” which featured custom-branded squirt guns, dunk tanks , DJs and regional artists of all genres who don’t normally get a chance to play shows in Charlotte. It turned into a half-naked ,moonshine-filled squirt guns-all-out water war. Outside of that, I will have to give a shoutout to a yacht party some PV crew homies threw in Charleston, SC. Let’s just say it turned into MTV’s The Grind from the ‘90s meets Girls Gone Wild: the Bath Salt edition. Also booze-filled squirt guns at that party as well. The list goes on, but our Squirt Parties were the most recent and fresh on the mind!

Do many people consider you to be a ‘party rapper’? What do you think of that assessment? I don’t think I’m considered that at all. If this video is your introduction to my music, I can see that, but I do much much more! I throw a lot of events and have made my share of turn-up party jams, but just peep my Soundcloud catalog. The majority of music I make is not party music at all. I personally feel I am different from many other rappers because I can write and rap over any style of beat. I do it all.

What do you think are the advantages and disadvantages of being a white rapper? I definitely think being white has its advantage for targeting a white audience, because motherfuckers are ignorant. And at the same time a lot of people think it’s a novelty and don’t take it serious. But I am a grown-ass man with 15+ years at this. I’ve paid hella dues and put my work in, so I don’t even give a fuck how I’m viewed. When I first starting rapping, being white was an uphill battle in the rap world. You had to prove yourself to be legit much more than now. But that made for a better story and some serious honing of skills. Honestly, I think most white rappers suck like the rest of the world, but I also feel I don’t make rap music that is defined by my color of skin. I make rap music based off the world around me, which is inviting to all walks of life. Fuck some skin color shit. But I’m not dumb, I know the “white rapper” will forever have an asterisk next to the legitimacy of it, but I honestly give zero fucks. Come join the party.

Describe your new album Graves for people who’ve never heard it. I spent almost a year working on it with my engineer, my producer homie Joel Khouri. We built a tone for the album piece by piece and created something I am very proud of. I have so many musician friends here in Charlotte. I wanted to include them, so we brought them in and just created rad shit. Countless hours later, Graves was created. It’s titled Graves because there is a theme of death and religion ( or anti-religion, I should say) throughout the album. Every day we are getting closer to one, so enjoy today for what it is. I feel it is a good 40-minute demonstration of what I am capable rapper-wise, from songwriting to arrangements and deliveries. It’s a well-rounded, easy listen. To me it’s a timeless sound, no real trend-hopping sound to it. I feel it has a unique place in rap. And its free, so judge for yourself!

What are your plans for 2015? Grow the brand/crew Permanent Vacation x Deep Fried Family. Get further into making apparel and throwing events, finding other artists to build with. For music, I have a few side projects in the works, ones that won’t be under the Stranger Day moniker and I am very excited about them. Look out for Hot Water Woman and Dap City Eps in 2015! I put a lot of work into Graves; I want to let that resonate with people for a while and work on some more “experimental” things at the moment. I’m always trying to push the limits. I’m sure a mixtape will drop in 2015 as well though – something similar to my 2013 Your Welcome mixtape.

Stephen Vicino is the founder of MusicExistence.com. He created this site to give talented musicians a voice and a way to be discovered.
@@svicino
Previous New Generation Music Video Project
Next Stream Eyes Of Mara’s Eyes Of Mara Now!