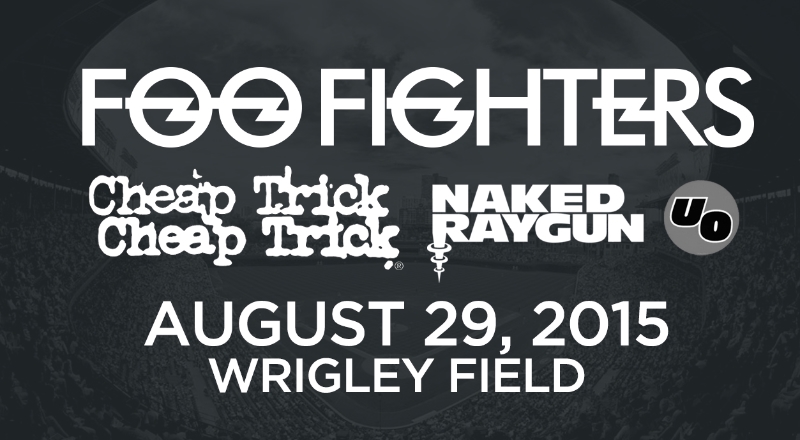 Fresh off the critically lauded, ratings smash Chicago-centric debut of their HBO series Foo Fighters: Sonic Highways and a packed to the gills premiere shindig at Wrigleyville’s Cubby Bear, Foo Fighters have confirmed the Windy City as the site of the band’s first ever U.S. stadium headline show: On August 29, 2015, Dave Grohl, Taylor Hawkins, Nate Mendel, Chris Shiflett and Pat Smear will return to the same neighborhood where Grohl saw his first ever live show, this time to play the storied Wrigley Field.

And now it has been confirmed that Foo Fighters’ Wrigley extravaganza will feature a day-long multigenerational celebration of Chicago’s musical heritage: Kings of the Chicago underground Urge Overkill will open the festivities, followed by Naked Raygun a/k/a the band that played that same Cubby Bear gig that was teenage Dave Grohl’s first live show. In the penultimate spot will be the local and international multi-platinum legends Cheap Trick, whose Rick Nielsen both appears in the Sonic Highways series and contributes his unmistakable guitar tones to the album’s lead track and current Rolling Stone Playlist #1 “Something From Nothing.”

Stephen Vicino is the founder of MusicExistence.com. He created this site to give talented musicians a voice and a way to be discovered.
@@svicino
Previous Glass Animals – Zaba (Deluxe Version)
Next Attila Premier “Proving Grounds” Off New Album Guilty Pleasure 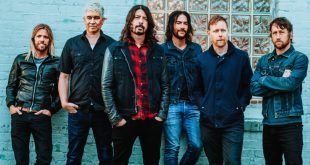 Singer/songwriter Jared Justen started his path as a civil engineer at the University of Minnesota. …