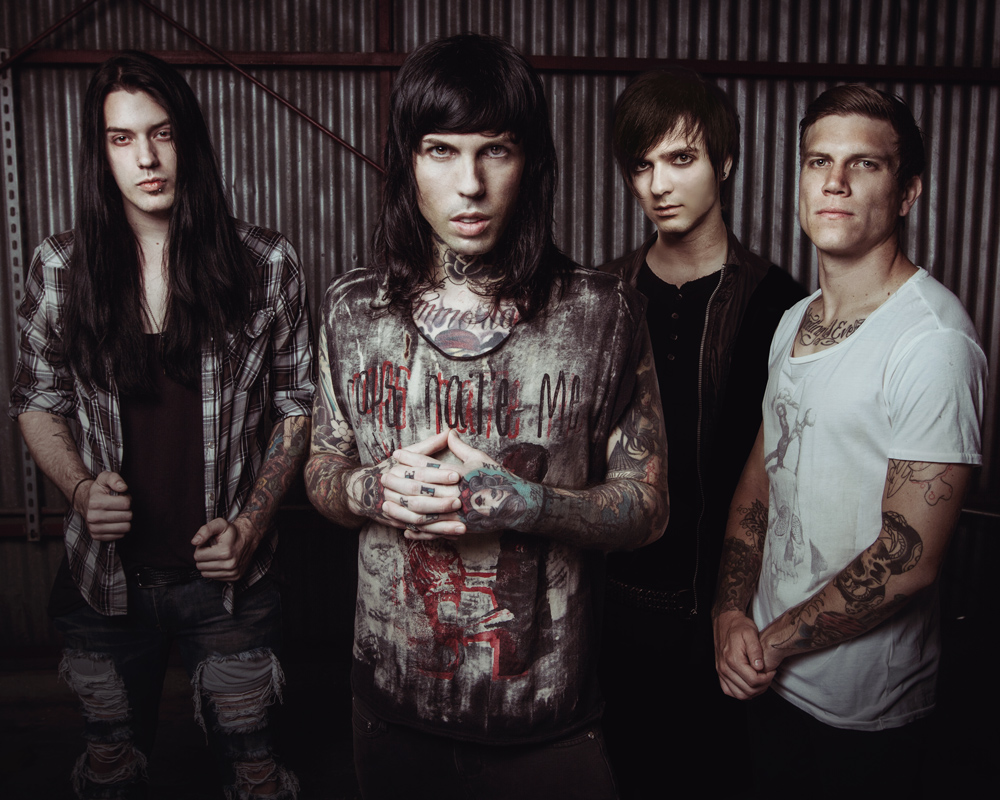 THE KILLING LIGHTS TO RELEASE DEBUT EP ON DECEMBER 2nd

The Killing Lights, the new project from Michael Vampire (formerly of Vampires Everywhere!) will release their highly-anticipated, self-titled debut EP on December 2nd. The five-song release was produced & engineered by DJ Black & Michael Vampire, mixed by Erik Ron (Motionless In White, Escape The Fate) and mastered by Sterling Sound NYC. The EP is now available for pre-order through the band’s online store on District Lines and all major digital music retailers. Limited edition merchandise bundles will also be available.

The band’s incendiary new single “Until I Bleed” was premiered yesterday exclusively by Kerrang. “Writing this song was liberating for me,” said Michael. “I was reminiscing about all the fucked up shit that happened to me over the last five years. Everyone has their breaking point and this was mine. I just started scribbling words down on paper that eventually became the intro and I knew that this song would make an impact and hopefully help people in the same situation.”

A new video for “Until I Bleed” will be helmed by director Brad Golowin (Miss May I, Asking Alexandria) in the coming weeks with plans to release it in November.

The Killing Lights has been riding strong the past couple of months after the release of their debut single and video “Lies Spread Like Fire” which was premiered by Revolver and has since been viewed over 125,000 times. The single is currently in rotation on Sirius-XM’s Octane channel.

The band plans to tour heavily in through the end of the year in support of the EP with an eye on releasing a full-length album in 2015.

Tags The Killing Lights Until I Bleed

Stephen Vicino is the founder of MusicExistence.com. He created this site to give talented musicians a voice and a way to be discovered.
@@svicino
Previous Interview With V. Nova
Next Interview With Slimm Body