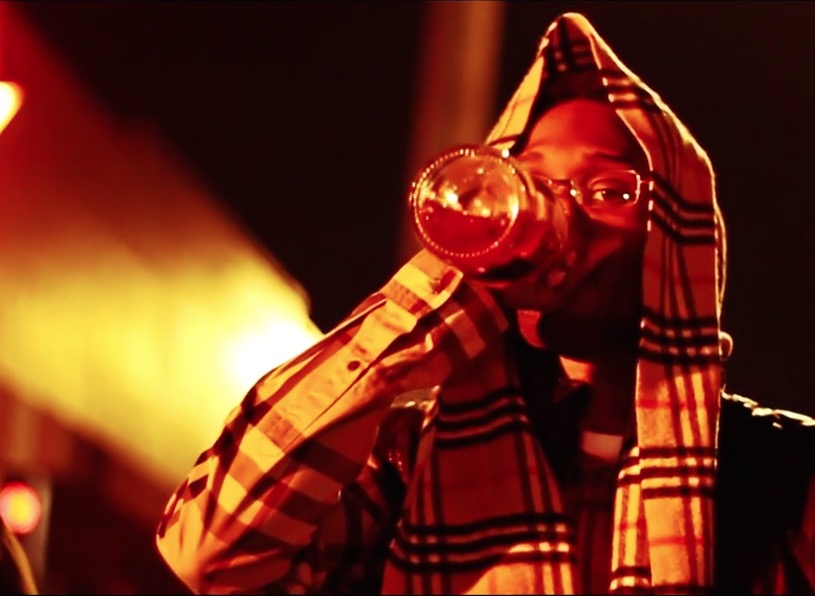 Nashville, Tennessee rapper and flagship Wholesale Entertainment artist Slimm Body presents the Charles Robinson-directed video for “Baggies & Rubberbands”, the new single from his forthcoming self-titled album, produced almost entirely by Wholesale in-house producer and Chicago/Nashville-based rapper Roca. “B&R” comes on the heels of the release of the music video for “The Glow” (watch on Youtube). Establishing Wholesale Entertainment after a stint in the state penitentiary, Slimm has released six projects (The Life Of A Hustler: Inserts 1,2,& 3, two volumes of For My People, and The Whole Team Mixtape), as well as Play Loud Afterhours 1 & 2, and Humble Homage for fellow labelmates Roca and Lashawn’s Way. The Glow is the first major release showcasing the Wholesale sound, and also features production from fellow Nashville talents Drum Major as well as Ducko Mcfli, who recently co-produced Drake’s “Draft Day”. Featured artists include Mac Miller/Casey Veggies collaborator Dee Goodz, Project Pat/Young Buck collaborators Bezzeled Gang, Roach Killa, Fat Cat, Derek Meler, Chris Moore, Capp & Spudd, and label mates Fresh Legendary & Big Haz. “We created the beat just fooling around in the studio,” says Slimm. “I actually tweeted something about baggies and rubberbands a week or so before we recorded it.”

How does Nashville differ from Memphis? I think it’s just a different bounce. The content is more or less the same. The hood/ghetto is universal, it’s just all on how it’s translated.

Where do you get the most support? You know it’s funny… I get support from the people that truly know me, and know everything I spit is truth. I also get support from those outside of my general area. But the people/artists that see me locally but don’t actually know me give almost none. I’m not surprised though. If you look at the talent and flow of my fellow Nashvillians, I’m not what you’d call the usual. So I won’t call it hate, I’d like to think W.E.’re just misunderstood.

What’s the philosophy Slimm Body lives by? Man… It’s complex. There’s so many elements involved but here’s the basics. First off, always stand up like a man. Demand and give loyalty and respect. Everything can be hustled. For an in-depth look at all aspects follow me on my social sites.
Judging by your videos for “The Glow” and “Baggies & Rubberbands”, Nashville has a strong car culture. How do you think that came to be? What’s your favorite car? Yes, very much so. It’s just that we as have-nots have learned to work with what we have. So you might not have that late model, but you can hit the shop with your antique and spend and stunt the southern way and be just as effective. We gotta go into categories if I gotta answer this one.
Old School- 69 Chevelle SS convertible
Foreign- BMW 6 series
Exotic- Ferrari Enzo

Describe your upcoming album, the Slimm Body LP. It’s reminiscent of the classics. That’s all I’m gonna say. Listen to it in that sense.

Who’s your favorite rapper and why? Who’s your favorite non-rap artist and why? At this moment I can say the person I enjoy listening to the most is Dom Kennedy. That guy is a problem when it comes to making “music”. Ummm… Non-rap artists I pay attention to are… I don’t know. I do know good music when I hear it though, so if it’s bump’n I put it in a lil playlist.

Stephen Vicino is the founder of MusicExistence.com. He created this site to give talented musicians a voice and a way to be discovered.
@@svicino
Previous THE KILLING LIGHTS TO RELEASE DEBUT EP ON DECEMBER 2nd
Next JAKE MILLER TO RELEASE EP, LION HEART ON NOVEMBER 4th