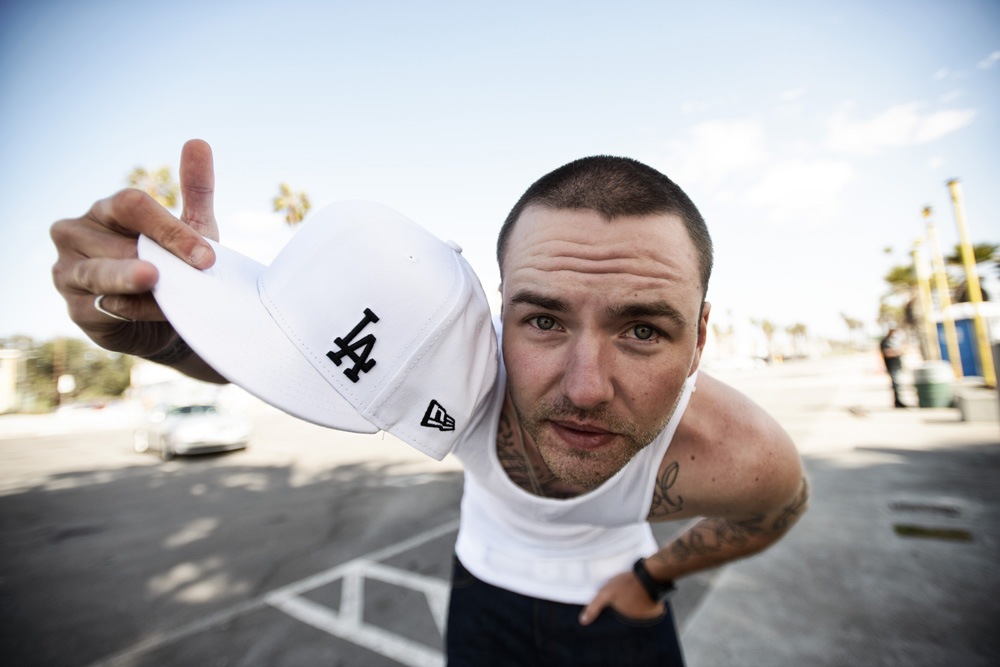 Detroit-bred, Los Angeles-based rapper/songwriter/guitarist/producer Chris Jones a.k.a. Jonezen presents a teaser of his upcoming single “Tear The Club Up”, featuring Gucci Mane and fellow Concore Entertainment artist Natalia Damini. Jonezen is preparing for the release of Beautiful Disaster, also set to feature appearances from Michele Wylen, Ashleigh Munn, Micki Consiglio, Jordan Michael and Lauren Ashley as well as production from Soundroll-Music, 2DEEP, Runaway Muzic, Adamack, Sinima Beats, Kajmir Beats, Will Shine, Diamond Style Productions and Platinum Sellers Beatz. Videos have already been released for Beautiful Disaster cuts “Bombs Away” (watch), “Peep Game” (watch), “Feels So Good” (watch) and “Do It Myself” (watch). Jonezen is also prepping for and opening slot on Soundrink and Monster Energy’s “Get Loud Tour” featuring Bone-Thugs-N-Harmony. The winner of last year’s Los Angeles Music Awards for Best Hip-Hop Artist, Jonezen has just been nominated for Hip Hop Artist and Solo Performer of the Year for this year’s awards. Jonezen recently signed with Concore/Universal, home to Brazilian singer Natalia Damini, launched his VEVO channel (watch “Dedications” on VEVO), was featured in The Source (read) and made the cover of Ovaground Mogul Magazine (link). “I’m excited about adding this record to the album,” says Jonezen. “Natalia killed the hook, Gucci killed his verse. It’s a different kind of song for me but at the same time right up my alley. This one goes hard.”

What’s the first rap song you ever heard? Do you remember the moment? The first rap song I remember hearing, and the record that got me into Hip Hop, was House of Pain’s “Jump Around”. I remember being in my bedroom at my apartment when I was like 12. We were just chilling listening to music doing kid shit like we always did. I can’t remember if somebody threw the tape on (yes, tape) or if it came on the radio but either way when that song came on I went nuts. We all got up and started jumping around. I was hooked.

When/how did you realize you wanted to make rap your life? I fell in love with music in the 4th grade. That’s when I started writing lyrics. At that point I either wanted to be a musician or a basketball player. Those are the only two things I’ve ever wanted to be. I kept at it with the music and when I was 20 decided to move from Detroit to Cali with my group and really make a run at doing it professionally. I’ve never looked back.

What do you think are the advantages and disadvantages of being a white rapper? I’m not sure there’s a disadvantage or an advantage to being a white rapper. I think there’s a disadvantage to being a rapper period. Or even a musician period. There’s so many people doing this now. When you tell somebody you’re a musician or a rapper they sort of look at you like “oh right…you and everybody else”. And everybody automatically think you suck. Hands down. But when they actually hear the music or somebody you’re with tell them “no he’s the hip hop artist of the year” and they make that “no shit” face  – that’s priceless. Then there’s the struggle with getting blog coverage, radio spins and all that. There’s so much competition and people are hit with hundreds of emails a day from “rappers” that you just get lost in the mix.

What do you think are the ingredients to success for a rapper in your position in 2014?

Let me start by saying that success is all about perspective. In my opinion I’ve been extremely successful and am fortunate to have gotten where I’m at – it’s farther than 99% of rappers that every try doing this. I do this because I love it. Plain and simple. I didn’t start doing music when I was in 4th grade thinking “This is going to make me rich”. I did it because I loved it and that’s why I still do it today. That being said I want more without a doubt. I’m in a position where the main ingredients for me to elevate my career are to continue making good music, stay driven and be relentless in my efforts to promote, make connections and continue to network, work with my label and publicist, keep getting press, and the final piece is the budget. Everything I mentioned before the budget are things I’ve done my entire career and will continue to do until it’s all said and done. Having a budget is something I used to bitch about not having but never did anything to fix. That’s not the case today. Major labels spend millions of dollars on marketing, radio, and advertising for their artists. That’s how you cut through all the BS and really reach the masses in a major way. Creating viral content is cool but it’s one in a million – or less. If I keep investing in myself, working with the label, making good music and putting it out there for the fans to connect with alongside my story I can’t lose.

How are you preparing for the release of your forthcoming album Beautiful Disaster Right now we’re setting up the release date with Universal. It should drop in January 2015. I’ve been releasing singles and videos sense November 2013 – after I won the LA Music Awards. My label (Concore) did a big campaign around my single “Bombs Away” which did really well with radio and press. I’ve been doing lots of interviews and really trying to keep the buzz alive around everything I have going on. I’m also going on tour with Bone Thugs N Harmony this November for the Monster Energy/Soundrink “Get Loud Tour’ which will be a really good look. On top of all that I have my record with Gucci Mane and Natalia Damini, “Tear The Club Up”, dropping in November. We’re doing a big radio push for that and filming a video that we’re pushing to all the major outlets. If all goes according to plan this Gucci record will do well on radio and create the buzz we need to lead us into the album and next radio single. It’s all lining up nicely.

How did you connect with Gucci Mane to create “Tear The Club Up”? That was a label connect. My manager and his manager go back. I didn’t ask questions. Before I knew it, we had the verse and the beat and it was done. It’s been a long time coming. We’ve gone back and forth on mixes and masters. And we held onto it for a while because “Bombs Away” was still doing its thing. It’s perfect timing for the record. It drops November 18th.

Stephen Vicino is the founder of MusicExistence.com. He created this site to give talented musicians a voice and a way to be discovered.
@@svicino
Previous Gallery: Lacuna Coil live at the Gramercy Theater, NYC. 10.12.14
Next MAJOR D-STAR, “STUCK UP”