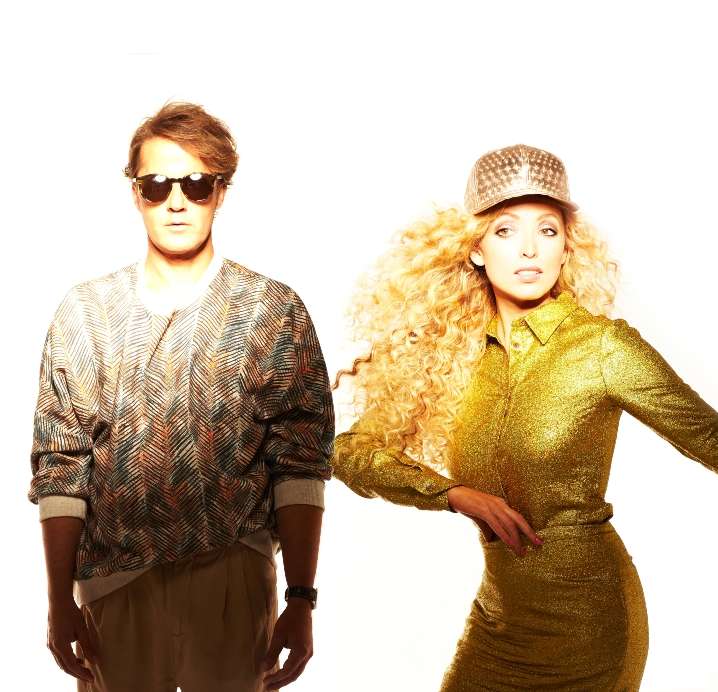 Globetrotting pop duo THE TING TINGS sought out an adventure in late 2012 in search of reenergizing themselves, and finding inspiration for their third album. The two–Katie White and Jules De Martino–decided Ibiza would suit them best and there they found exactly what they were looking for. The result is the group’s new album SUPER CRITICAL out in the U.S. Monday, October 27 on all digital retailers, with a physical release set for Tuesday, January 13 via Finca/[PIAS].

“We’d been to Berlin to make the second record and done nothing but get high and look at great architecture,” says Jules. “Going to Ibiza had party written all over it. Obviously we were going to get nothing done.”

As it turned out, unleashing their party spirit was exactly the impetus and momentum needed to craft something special and true to the starting spirit of their musical adventures. THE TING TINGS, known for their massive hits “That’s Not My Name” and “Shut Up and Let Me Go” among others, were born out of the nighttime. They bonded at sun up, wired in Salford, Manchester warehouses. Success came as a surprise to them. Being in the middle of an island for the winter, having to make all their own fun? This is the stuff they excel at.

That’s Not My Name

Shut Up and Let Me Go

Fans were first given a glimpse into the group’s new direction when they released the album’s first single “Wrong Club.” Check out the song’s music video here. “Wrong Club” perfectly encompasses what the band was witnessing. “It’s about being in a club at 4am and having to have a word with yourself because you’re having a bit of a breakdown,” Katie explains. “It’s shit, I’m off my face and I want to go home. It’s about what happened to nightclubs that made them not sexy, how the tempo became so fast that nobody moves any more, they just jerk, its gesture not rhythm. We wanted to make a song that felt exactly like the opposite of that. It’s very Ting Tings to do a sad song with uplifting music. That’s just who we are.”

Last week (10/13), the music video for their latest single “Do It Again” became the first ever to premiere via WeTransfer. Watch it now here. This track was inspired by the group’s experience with recording and releasing their last album, 2012’s Sounds from Nowheresville. “It’s about the need to do something wrong again,” says Jules. Katie adds, “Not being lazy, needing to lighten up, stop the paralysis of criticism, just doing anything that makes you feel good.”

Stephen Vicino is the founder of MusicExistence.com. He created this site to give talented musicians a voice and a way to be discovered.
@@svicino
Previous Napalm Records Announce Signing of UK Top 40 Rock Act SKINDRED!
Next The Jacques – ‘Pretty DJ’ Debut EP Released 3rd November