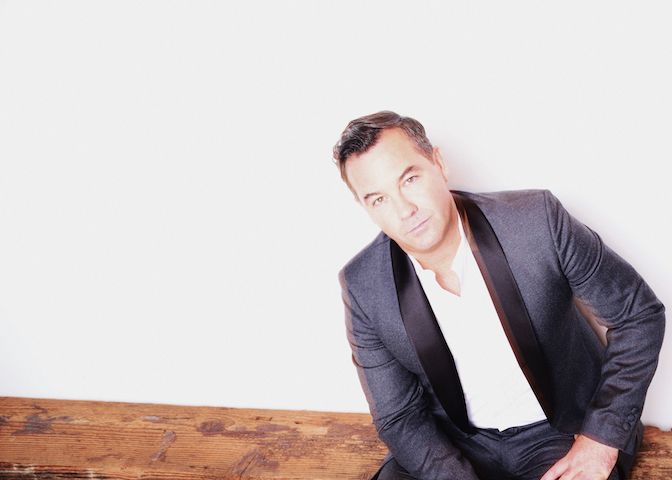 Recorded at Sheik’s very own Sneaky Studios in Garrison, New York, this album marks his first production of original material, not attached to a theatre production, since 2006’s White Limousine. Sheik has confirmed a select number of upcoming tour dates where he will be performing new songs as well as selections from his extensive catalogue. He’ll be playing October 30 at City Winery, Chicago. A more extensive tour will be announced to support the album release in the spring of 2015.

In addition to his new album, Sheik’s critically acclaimed musical adaption of Bret Easton Ellis’ American Psycho will premiere on Broadway Fall of 2015. The musical debuted at the Almeida Theatre in London in December to a sold out, five week run. Sheik was recently named the Artist in Residence at New York University’s Clive Davis Institute of Recorded Music, where he serves as artistic advisor for the Institute’s Stagecraft and the Art of Performance class as well as its Studio Performance Workshop.

Launching his musical career in 1996 with his self-titled debut, Sheik quickly earned a Grammy nomination for “Best Male Vocal” for his hit “Barely Breathing,” which spent 55 weeks on the Billboard Hot 100 Chart. He subsequently garnered critical accolades for his unique brand of folk-pop music with 2006’s White Limousine and his 2-CD collection of songs titled Brighter/Later: A Duncan Sheik Anthology.

In addition, Sheik composed the original score and collaborated with lyricist Steven Sater for 2007’s Spring Awakening, which went on to win eight Tony awards. Sheik alone earned two awards for “Best Orchestration” and “Best Original Score” as well as a Grammy award for “Best Musical Show Album,” which he also produced. He followed with the musical theater production Whisper House, which was directed by Peter Askin (Hedwig and the Angry Inch) and written by Kyle Jarrow, and Hans Christian Andersen’s The Nightingale.

Stephen Vicino is the founder of MusicExistence.com. He created this site to give talented musicians a voice and a way to be discovered.
@@svicino
Previous Streets of Laredo Announce New Album Volume I & II Out October 27th
Next THE SMASHING PUMPKINS PREMIERE FIRST SINGLE “BEING BEIGE”