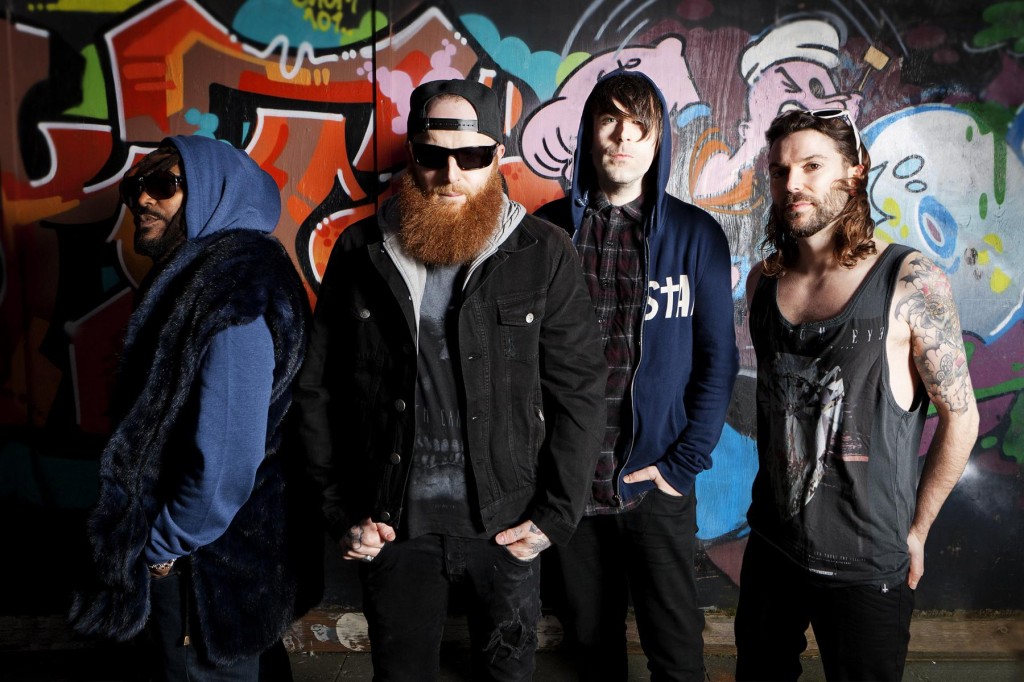 Napalm Records are delighted to announce the signing of UK Top 40 Ragga Metal band SKINDRED to a new worldwide record deal. Described by Radio 1’s Daniel P Carter as “one of the best live acts Britain has ever produced”, SKINDRED are a genuine worldwide phenomenon.

2014 has seen SKINDRED play to audiences across the world, with a string of high profile festival slots – including Download, Hurricane, Bestival and Polish Woodstock – along with sold-out tours at venues such as London’s Brixton Academy. The band has sold more than half a million records worldwide during their career to date. The band have also just been announced to play at next year’s Rock Am Ring and Rock Im Park in Germany with Foo Fighters and Slipknot.

Celebrating the signing of SKINDRED, Napalm Records Vice President Thomas Caser said: “Working with SKINDRED is a dream come true for me and all of us at Napalm Records. SKINDRED entered the Top 40 in the UK on their most recent album ‘Kill the Power’ and we believe we can build on this success not only in the UK but also in Germany, the US and the Rest of the World!”

SKINDRED‘s manager, Seven Webster from 7PM Management, added: “We have been talking to Napalm Records for a long time and we all believe that Skindred now needs to be with a designated Rock label that understands the genre and the band and that shares our passion and belief in the band on every level and wants to work with us on further building and breaking the band globally and taking them to the next level in what we all see as the next part of a long campaign. We could not be happier with this deal!”

Skindred have also confirmed that Dan Sturgess  after joining the bands live set up for the last few years as their DJ/sampler and backing singer has now joined the band properly as a full time member and will also be involved in the writing of the bands forthcoming album.

SKINDRED is currently working on a new album, scheduled to be released in 2015 via Napalm Records.

The band will be playing some UK shows this November / December to finish off an incredible year. They are also confirmed as main support on the Steel Panther tour in March 2015 at the following:

Stephen Vicino is the founder of MusicExistence.com. He created this site to give talented musicians a voice and a way to be discovered.
@@svicino
Previous Blue Eyed Christ Releases Lyric Video for “Do You Wanna Touch Me (Oh Yeah)”
Next THE TING TINGS PREPARE TO RELEASE NEW ALBUM ‘SUPER CRITICAL’