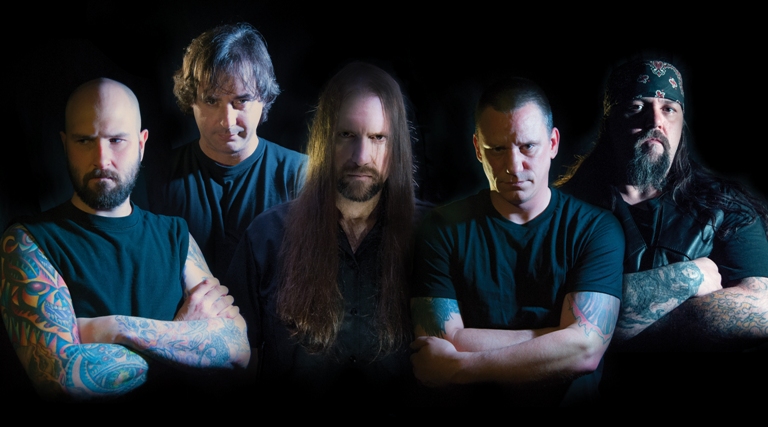 After a long hiatus, Chicago Death Metal Project, THESE ARE THEY, retool and resurface with the announcement of their third full-length release with The End Records/Unruly Sounds titled,  At the Feast of Seven Funerals, out November 17th 2014. Listen to their new track “Steeple of Blood” now on Blabbermouth, the track is now available as an instant gratis when you pre-order the album on iTunes, CLICK HERE to download.

Encompassing a faster and more aggressive approach than previous efforts, At the Feast of Seven Funerals, pushes the band forward in its experimentation, musicianship and overall production.

“Disposing of Betrayers was a big leap forward for us, defining our own sound. With At the Feast of Seven Funerals, we wanted to take a step further into the aggression, and to stand out among our peers. I believe we succeeded in this. Following a concept driven album like the past releases, At the Feast of Seven Funerals deals with the American West in the 1800’s, as the concept and story was conceived through the mind of Steven Nicholson. This is pure old school CHICAGO DEATH METAL.” – Paul Kuhr

Recorded at Belle City Sound in Racine, Wisconsin, the engineering behind the album was handled once again by Chris Wisco with mixing and mastering duties being delegated to Sweden’s Dan Swanö of Unisound Studios.

Stephen Vicino is the founder of MusicExistence.com. He created this site to give talented musicians a voice and a way to be discovered.
@@svicino
Previous SPEAK Signs to Wind-Up Records… on National Tour with RAC!
Next Youth In Revolt Release Acoustic ‘Love Is A Liar’s Game’ Single