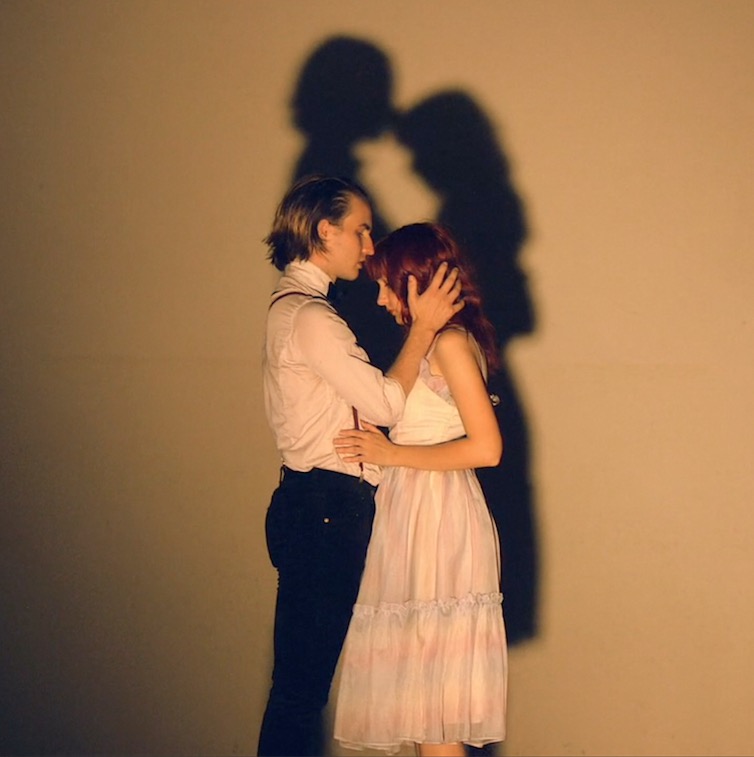 TX-based indie-pop outfit Merriment is premiering their dreamy new music video for “Tremendous Love”. The gorgeous video was directed by Mutemath’s Darren King and can be seen now.

“This song is about stubbornness and pride and not being able to admit that you’re sorry or that you’ve screwed up,” reveals vocalist Christie DuPree. “I wanted this video to convey a simple honesty between two people and give you a glimpse into their story without conveying too much. We had so much fun shooting this and going over dance moves and (me) messing them up a bunch before getting it right!”

The band also recently released a video for “Now I’m Silver” featuring never-before-seen footage of the band recording their recently released debut album, Sway. The video can be seen at Merriment.merchnow.com, where the band’s new vinyl for Sway is also now available. This is the first pressing of Sway and is limited to 500 on black vinyl. Sway was recorded in the band’s hometown, with Charlie Brand of Miniature Tigers serving as producer.

The stunning album features twelve tracks filled with lush harmonies, all serenely delivered through the sweet, angelic vocals of DuPree. Merriment flawlessly pairs hypnotic indie pop melodies with the warmth of folk-tinged Americana elements to create a bright yet delicate and graceful blend that is all their own.

Stephen Vicino is the founder of MusicExistence.com. He created this site to give talented musicians a voice and a way to be discovered.
@@svicino
Previous GET SCARED ANNOUNCES NORTH AMERICAN TOUR WITH SLAVES & FAVORITE WEAPON
Next SABATON: ‘Night Witches’ Lyric Video Released + European Tour Starts Next Month!