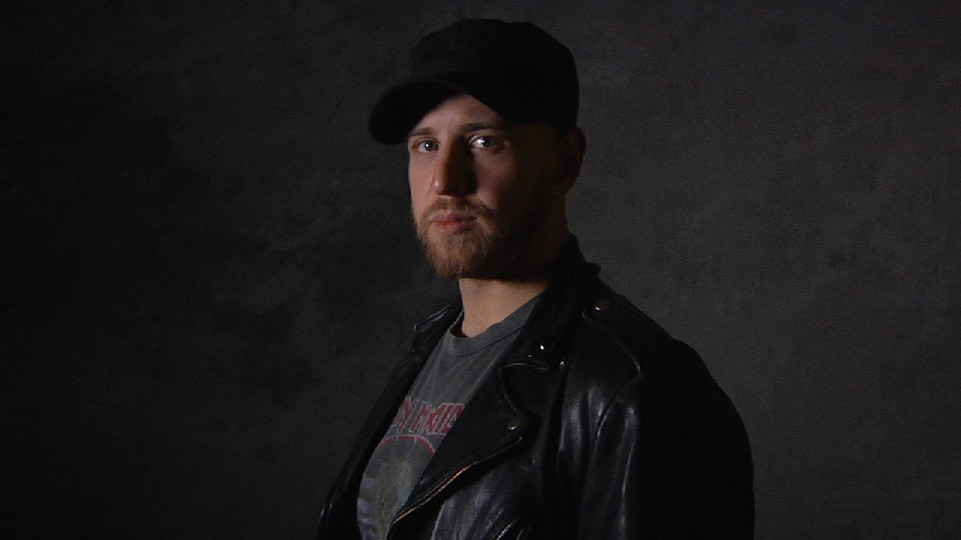 On November 11th, the Space Rock outfit known as The Wild Beyond will release its self-titled, debut EP via Big Round Music/UltraMegaSound Records with distribution via The End Records/ADA. Today Revolver gives us an exclusive listen of new track “Reflex Driver”, the song is now available as an instant gratis download when you pre-order the EP on iTunes, CLICK HERE to download.

“‘Reflex Driver’ is a dark comedy. On the surface, it sounds like a well-tuned firework-factory explosion. On a deeper level it functions as a frought depiction of heavy metal as a vehicle for heteropatriarchal expression. Like Major “King” Kong riding his atom bomb to the ground in ‘Dr. Strangelove,’ it goes boom.” – Max Hodes, The Wild Beyond

Max Hodes, the mastermind behind The Wild Beyond, is thrilled to see the fruits of his labor finally reaching the hands of fans and music lovers around the world.

Improvisation and happy musical accidents are at the heart of The Wild Beyond’s debut recording. “We’re playing rock music from a jazz head,” says Hodes. “For us, behind the prog and the heavy, it’s about being able to improvise at peak volume.”

Some of the best music in the rock genre’s canon is often the result of tension, internal push and pull, improvisation, roots in another style, ditching a script and throwing caution over the side of a mountain. All of these aforementioned elements factor into The Wild Beyond.

On the surface, The Wild Beyond make music that nods to classic rock without being retro or a throwback. It’s influenced and inspired by the music of another era and another time, but its anchor is firmly entrenched in the here and the now. The Wild Beyond are admittedly a rock band influenced by Jazz fusion and that is what makes them so unique, allowing for such sonic fluidity and experimentation. And it’s the listener with an astute and finely-tuned ear who wins.

Max, who remains the nerve center and hub of The Wild Beyond, cut his musical teeth in Brooklyn and now resides in Oakland, California, as he continues the process of honing his craft and recruiting musicians, fellow players and personnel to aid his quest of making an unforgettable musical racket.

The recording was done by lugging gear to a temporarily vacant apartment. “We were drunk for most of the recording,” Max said. He handled the writing and producing in an environment where he could not critically listen and simultaneously play it. The experience ended up being a full-on manic episode and was marked by a lot of cutting and pasting; that is, cutting out what didn’t work and pasting in what did.

The artwork for the album was done by legendary cover designer Ioannis (www.dangerousage.com), who has designed over 300 covers and has done design for artists such as Dream Theater, Sepultura, Led Zeppelin, Rolling Stones, King Crimson, Allman Brothers band, Blue Oyster Cult, Biohazard and many more.  Ioannis states, “I found Max to be one of the most fascinating and creative people I have ever met and though it was a challenge to properly come up with a visual interpretation to this project, I think we came up with a very unique visual.”

While the members who play on the EP are no longer a part of the band or its current iteration, Max is moving full steam ahead. And doing so fits what The Wild Beyond is all about. The music is experimental, a psychedelic fusion of space rock, metal and jazz and invites a deep listening of its broad tonal spectrum. It can’t be bound by normal band confines or constraints.

There is a sonic magnetism to The Wild Beyond EP. That is, it draws you in and keeps you there, thanks to songs like “Fire’s Body,” which is one of the first major rock songs the band crafted. “The opening riff was the first thing written for the band and the last thing we recorded,” Max explained, noting that on a deeper level, the song can be a metaphor for collective action.

The EP, which clocks in at nearly 50 minutes of music, is loaded with moments of relentless rock music, namely ”Wake Up”,  “Just One Drop” and “Reflex Driver.” The lyrics are serious, but the songs are unforgiving in their kick assery. It’s riff driven, but it’s not all burly, beefy riffing. There’s a brain behind the brawn.

The EP is the product of musical and personal chaos, but it leaves a mark. It’s also merely an indication of what The Wild Beyond will be capable of as they continue their sonic journey.

Stephen Vicino is the founder of MusicExistence.com. He created this site to give talented musicians a voice and a way to be discovered.
@@svicino
Previous WHILE HEAVEN WEPT PREPARE FOR RELEASE OF SIXTH FULL-LENGTH ALBUM SUSPENDED AT APHELION
Next CHASING SAFETY RELEASE DEBUT ALBUM SEASON OF THE DEAD AND NEW VIDEO ‘FAR AWAY’