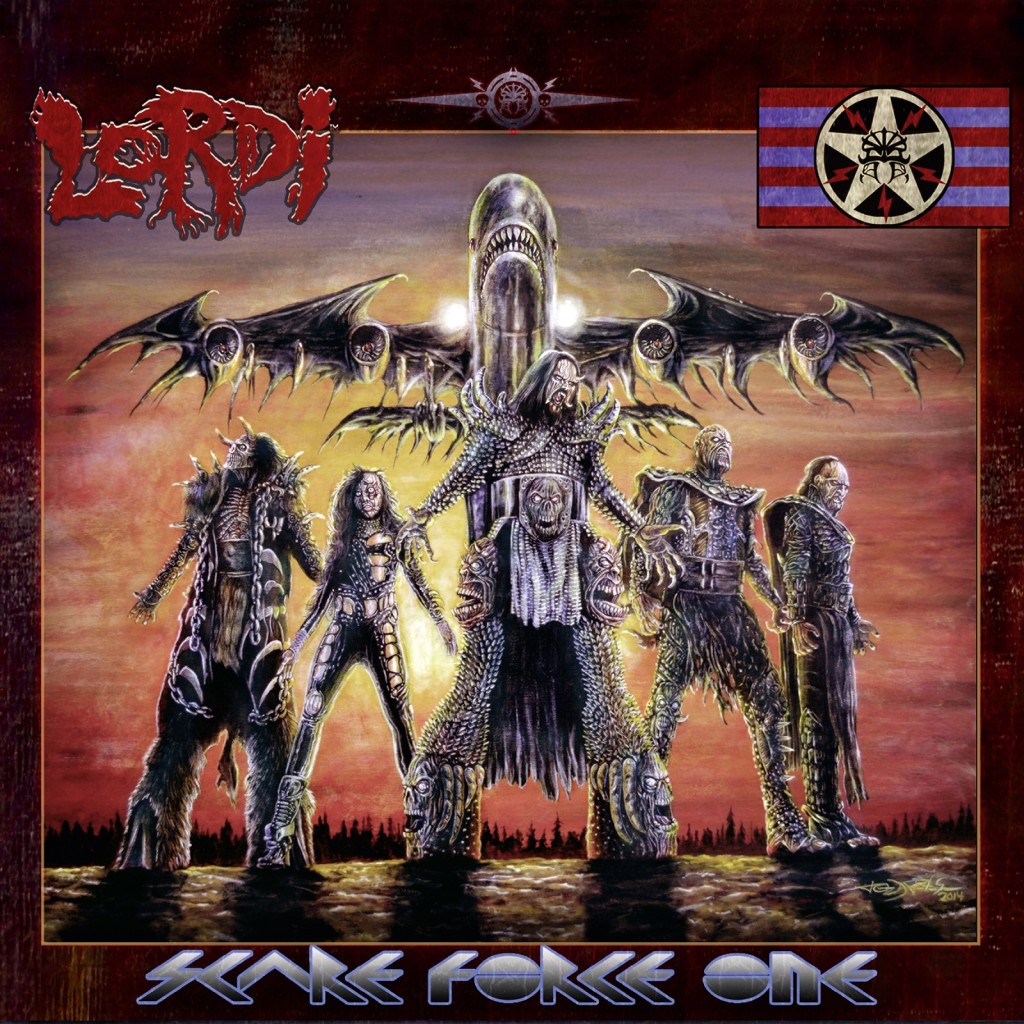 Mr. Lordi, the captain of Scare Force One, and his crew are once again ready for takeoff. The plane has been fuelled, the seat belts are malfunctioning and you can look forward to a solid hour of pure turbulence when the new album sees the light of day on November 4th. “Nailed by the Hammer of Frankenstein” is the first single it landed in stores and flew onto the airwaves on September 19th.

To celebrate the release of the new album, Lordi will play one of its infrequent domestic shows. The record release gig is set for November 1st 2014 at The Circus in Helsinki. According to Mr. Lordi the material on the new record is more experimental than before. It’s not a theme or concept record, per se, but there is a red thread that runs through the songs.

”The overall sound of the band is more modern, too, and we’ve tried out some new tricks here and there. The basic Lordi building blocks are still present, so there’s no shortage of melodic hooks in the songs. The first single, Nailed by the Hammer of Frankenstein, is quite representative of where the band is right now,” Mr. Lordi says.

In addition to its sound, the band has also tweaked its outward appearance. The new costumes, designed and built by Mr. Lordi, will be debuted at the record release gig.

”I wanted to make the band’s color scheme more unified than it has been and I think it worked out quite nicely. Hella and Mana have probably changed the most, what with the trip to hair salon for a new dye job.”

Lordi’s last two albums were made in Nashville under the watchful eye of legendary producer Michael Wagener. This time the band wanted to do it differently and recorded the album with Finnish veteran producer Mikko Karmila.

”We wanted to make this record in Finland, with a Finnish producer. We finally managed to get Mikko Karmila to work with us, which is great. He has come up as a potential producer for the band on several previous occasions. We’ve had no reason to regret this decision and are extremely happy with the album,” Mr. Lordi states.

Stephen Vicino is the founder of MusicExistence.com. He created this site to give talented musicians a voice and a way to be discovered.
@@svicino
Previous DEVILMENT: Dani Filth Talks Influential Horror Movies In New Video Trailers!
Next FEARLESS RECORDS RELEASES FIRST SONG FROM PUNK GOES POP VOL. 6 & LAUNCHES PRE-ORDER