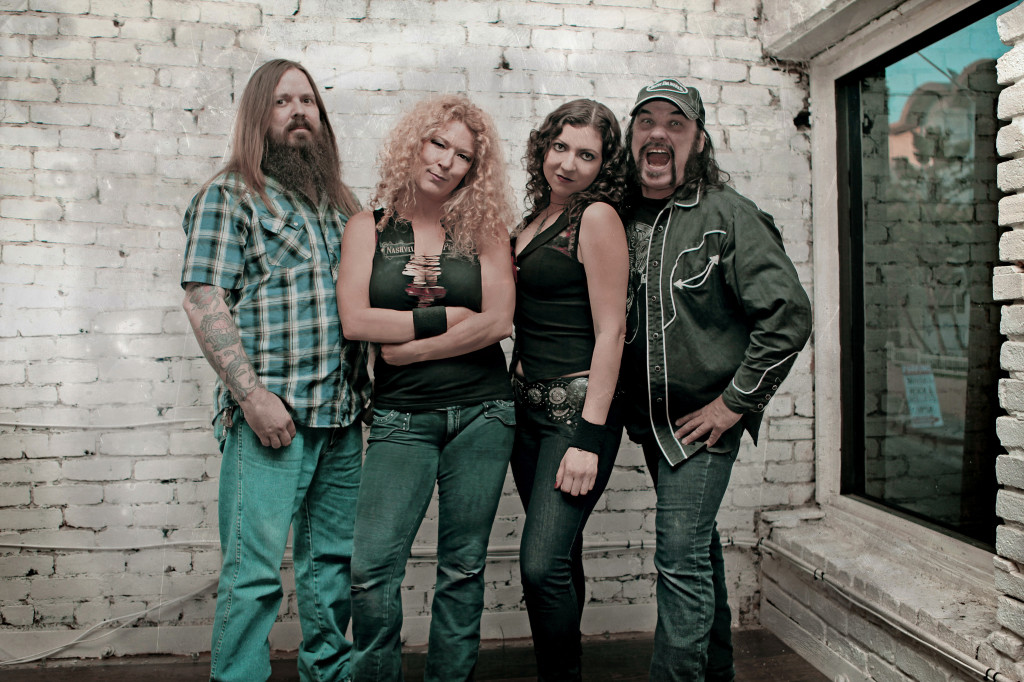 The band has been touring non-stop in support of Up The Dosage and have no intention to stop anytime soon.  Today the band has announced a string of tour dates this December.  The tour starts December 5th with a hometown show in Atlanta, GA and runs through December 20th in Philadelphia, PA.  Support on the tour will come from Valient Thorr and Against the Grain.  A complete list of dates can be found below.

Up the Dosage picks up seamlessly where their 2009 release From Hell To Texas left off. And what is more: their five-year hiatus seems to have done frontman Blaine Cartwright (vocals, guitar) and Ruyter Suys (guitars) good – all 13 new songs (plus two bonus tracks) sound like they were catapulted into to the public from a fountain of youth, rocking in typical Pussy style. Up the Dosage features the first recordings from new bassist Bonnie Buitrago who took over the bass player duties from Karen Cuda.

Rick Beato, known for his production work with Shinedown, mixed the album.  He also is responsible for writing the current #1 Song on the Billboard County Chart “Carolina” by the band Parmalee.

NASHVILLE PUSSY came together in 1996. Ever since, the band has been performing a strenuous annual gig marathon, touring with acts like Motorhead, ZZ Top and Lynyrd Skynyrd, as well as playing festivals like Wacken Open Air. Classic albums such as Let Them Eat Pussy (1998), High As Hell (2000), Say Something Nasty (2002) or From Hell To Texas (2009) have caused an international stir, and their single release: Fried Chicken And Coffee” earned the band a Grammy Nomination in the late Nineties in the category ´Best Metal Performance`.

Stephen Vicino is the founder of MusicExistence.com. He created this site to give talented musicians a voice and a way to be discovered.
@@svicino
Previous We The Machine Unleash a “Tempest”, New Single/Video From Seasons EP
Next Tony Lucca Releases New Song “Delilah”