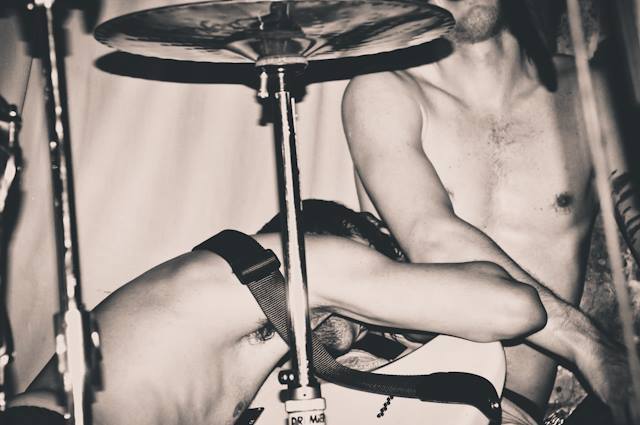 The hard-touring two-piece Nai Harvest will release a new album on Topshelf Records in early 2015.

The Sheffield, UK duo are currently on a U.S. tour playing shows with Kittyhawk, Dads, Somos, Tiny Moving Parts and more. The band will also make two appearances during CMJ and will play Fest 13 in Gainesville, FL.

Nai Harvest are capping off busy 2014 that found them on tours with Modern Baseball in the UK, Superheaven across Europe, and on a series of packed festival shows.

Nai Harvest have a habit of surprising people and their sophomore LP will really reflect that. Racing through the 90’s influenced indie rock and hazy indie-pop that’s become expected of the band at this point, it also takes some sharp turns into garage punk and feedback-laden grunge.

The new album, as yet untitled, turns its back on the mathy trappings of earlier material, instead focusing on memorable hooks, reverb and fuzz, all held together by crashing cymbals and a memorable rhythm section. It’s safe to say that long time fans, and fans anew, will not be dissapointed.

The group head into the studio, in their hometown of Sheffield, in November to finish the record and will tour the UK in full around the release (Spring 2015).

Stephen Vicino is the founder of MusicExistence.com. He created this site to give talented musicians a voice and a way to be discovered.
@@svicino
Previous OLD LINES RELEASES NEW ALBUM TODAY!
Next LAMB OF GOD’s “As The Palaces Burn” 2-Disc DVD is Out Now