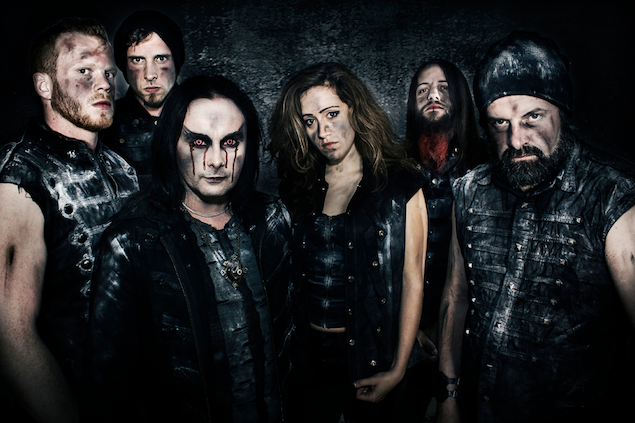 Witch County England’s finest, DEVILMENT featuring the master of horrors, Dani Filth (CRADLE OF FILTH, TEMPLE OF THE BLACK MOON), have released two new video trailers in which the legendary frontman shows his extensive collection of horror movies and talks the ones that had the biggest impact on DEVILMENT and him as a musician in general:

The song will be featured on the band’s upcoming debut album, The Great And Secret Show which is scheduled to be released on Halloween 2014 (October 31).

The band recently announced, that MTV JACKASS star Bam Margera can be heard duetting on DEVILMENT‘s cover of the MIDNIGHT OIL classic ‘Beds Are Burning‘ which will be included as a bonus track on the limited first edition of the album.

The Great And Secret Show  was recorded at Grindstone Studios in Suffolk with producer Scott Atkins, who has previously worked with the likes of CRADLE OF FILTH, BEHEMOTH, AMON AMARTH, SYLOSIS and GAMA BOMB. The artwork (see below/attached) was created by legendary Drake Mefestta.

The Great And Secret Show tracklist:
01. Summer Arteries
02. Even Your Blood Group Rejects Me
03. Girl From Mystery Island
04. The Stake In My Heart
05. Living With The Fungus

Tags Dani Filth Even Your Blood Group Rejects Me Halloween

Stephen Vicino is the founder of MusicExistence.com. He created this site to give talented musicians a voice and a way to be discovered.
@@svicino
Previous YAMIN SEMALI, “LAND OF PASSION”
Next New Lordi Album ‘Scare Force One’ to Release November 4th 2014 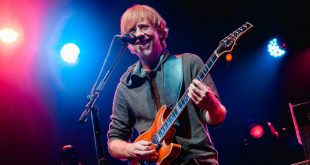