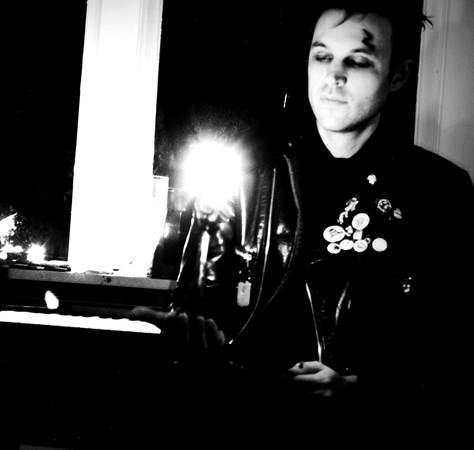 Today, NIM VIND and BlankTV have teamed up to release a fan-made lyric video for the 1980’s arena style track track ‘Astronomicon’, featuring production and guitar work by legendary musician Todd Rundgren. Rundgren, the writer of such monumental hits as ‘Hello It’s Me’ and ‘Bang The Drum All Day’, is well known for being at the cutting edge throughout his career.

NIM VIND’s cult following is steadily anticipating the new release based on his very busy track record. Vind boasts two prior tomes released on independent German labels and a good deal of international touring, as well as stints as the front man of family project and ghoul-core greats Mr. Underhill, which segued into a position as the dreamy bassist with Vans Warped Tour sweethearts The Vincent Black Shadow.

Stephen Vicino is the founder of MusicExistence.com. He created this site to give talented musicians a voice and a way to be discovered.
@@svicino
Previous New Music Video For Saranto’s ‘Believe’
Next WAR ON WOMEN ANNOUNCE U.S. SHOWS IN OCTOBER, DECEMBER & JANUARY