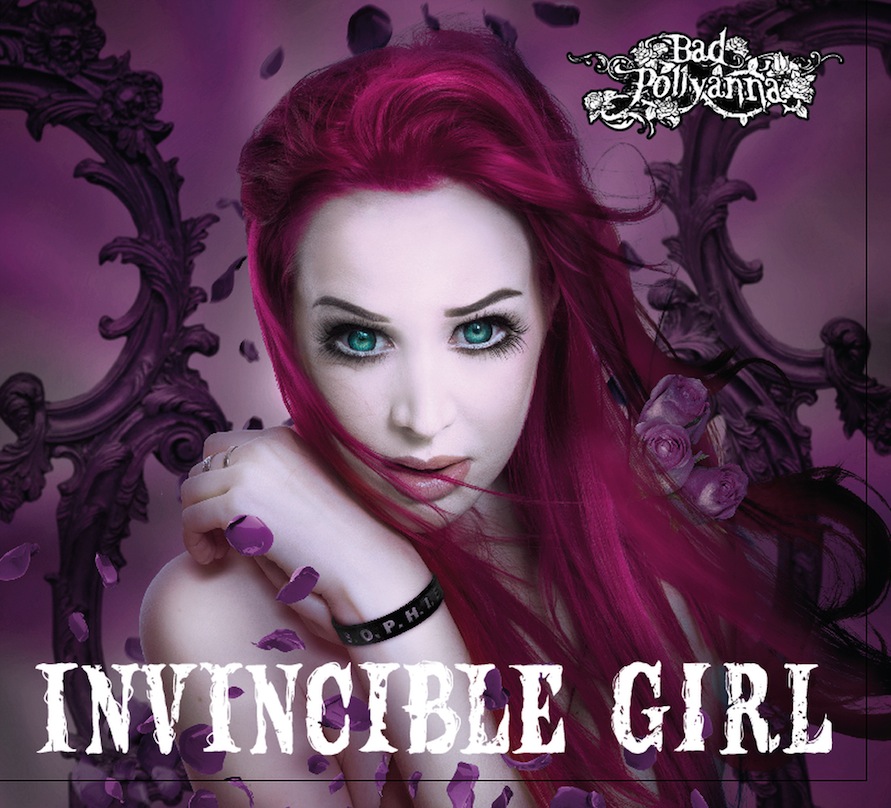 Sylvia Lancaster, mother of murder victim Sophie, founded the Sophie Lancaster Foundation in order to honor her memory, provide education and raise awareness, and to challenge prejudice and intolerance towards people from alternative subcultures.

For more information on The Sophie Lancaster Foundation:

For more information on Illamasqua:

As their oxymoronic name suggests, Bad Pollyanna represents a mix of both beauty and darkness. The band explores and celebrates the duality of love, sex and the human condition through music and art. Bad Pollyanna believe you should be whoever you want to be and are proud to support the Sophie Lancaster Foundation in conjunction with makeup brand Illamasqua.

With their debut album “Monstrous Child”, vocalist Olivia Hyde takes us the journey of a young woman kidnapped by a grieving scientist who uses her to resurrect his deceased lover in the form of a doll – with disastrous consequences. Having being transformed into a monster, she sets out on a journey to discover the meaning of love, and the sweet yet bitter taste of revenge.

With the addition of bassist and programmer Nikki Kontinen, Guitarist Stephen Kilpatrick, and Drummer Valerian Adore, “Monstrous Child” creates a blend of beautiful harmonies against a backdrop of heavy beats that will take you on a ride through the deepest, darkest reaches of your being.

Bad Pollyanna have gained their cult following after sharing stages with The Fearless Vampire Killers, The Cruxshadows, and former Aiden frontman William Control on ‘The Punishment Tour” in August 2014 throughout the UK and Europe.

Bad Pollyanna are proudly sponsored by cult make-up brand Illamasqua, with whom they have released the charity single “Invincible Girl” in aid of The Sophie Lancaster Foundation, a charity who helps to promote the message of tolerance towards alternative subcultures, LGBT groups and people with disabilities in schools and in prisons.

Stephen Vicino is the founder of MusicExistence.com. He created this site to give talented musicians a voice and a way to be discovered.
@@svicino
Previous Mastodon Tour with Gojira & Kverlertak
Next HBO® TO PRESENT “FOO FIGHTERS SONIC HIGHWAYS: LIVE FROM THE CUBBY BEAR” ON FACEBOOK