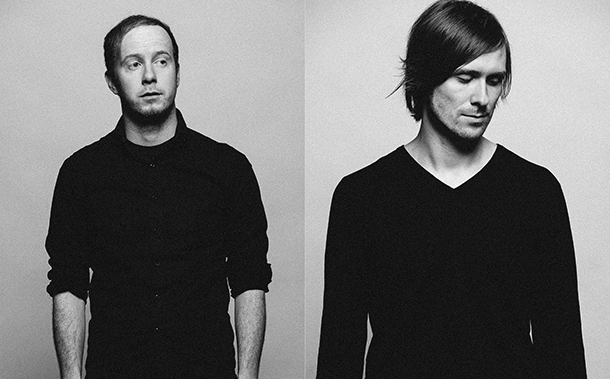 Iceland’s indie-rock duo Ourlives has premiered a new track titled “Blurry Eyes” in anticipation for the upcoming release of their new, full-length record Den of Lions. The new album is scheduled to debut on October 14th via Spartan Records and can be pre-ordered now at iTunes and on limited edition vinyl LP at http://spr.tn/denoflions. All pre-orders will include and instant download of the band’s song “Blissful Ignorance.”

Árnason and vocalist/guitarist Leifur Kristinsson have been steadily building a dedicated audience over the last several years with consistent radio airplay and accolades in their home country, dozens of musical licenses in the U.S. and increasing word of mouth around the world as people continue to discover their music.

Ourlives are now in the position for breakout success with the release of their stunningly beautiful new record Den of Lions. Over nine years in the making, their debut album is a breathtaking musical journey that conjures intense emotions with delicate textures and driving guitars and drum work that find a unique balance between intimate ballads and soaring anthems. The record features twelve cathartic tracks like “Blurry Eyes” and the recently released “Blissful Ignorance” that showcase a talent that will be at the forefront of indie-rock music for years to come.

Follow the band at https://www.facebook.com/Ourlives.Iceland for additional news and updates.

Stephen Vicino is the founder of MusicExistence.com. He created this site to give talented musicians a voice and a way to be discovered.
@@svicino
Previous Glass Caves – Go
Next Slipknot’s KNOTFEST: Extremely Limited VIP Packages Now Available Via Charity Auction