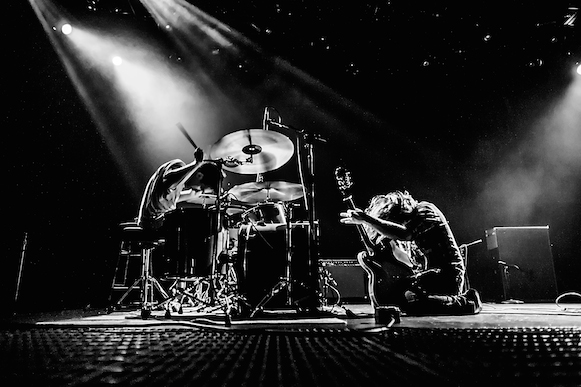 Los Angeles, CA – Seattle based rock band My Goodness has released a new acoustic version of their current single, “Cold Feet Killer,” today. The studio version is available on the band’s recently released album, Shiver + Shake, which is available now from Votiv at iTunes and http://mygoodness.spinshop.com/.

My Goodness’ debut full-length was recorded with the late legendary Seattle producer Rick Parashar (Pearl Jam, Alice In Chains, Temple of the Dog, Blind Melon), who helped define the region’s signature 90’s grunge sound. Singer Joel Schneider recently told The Stranger that “(Parashar) was a walking factory of musical ideas” and “was pushing us to be our very best and to go outside our musical comfort zone.” “He will be greatly missed by all of us in My Goodness as well as by countless others.”

Parashar and My Goodness’ work in the studio resulted in a phenomenal rock record that continues to find new fans through word of mouth each day. Influenced by breakout 90’s Seattle rock bands, the duo, consisting of Schneider and drummer Andy Lum, deliver a spellbinding set of musically intense and emotionally charged songs like “Cold Feet Killer,” “Check Your Bones” and “Sweet Tooth.”

In addition to the new acoustic track, My Goodness has also revealed the first several dates of their fall/winter tour. The duo will tour as a three-piece with friend and bassist Cody Votolato of notable acts The Blood Brothers and Jaguar Love.

Follow the band now at https://www.facebook.com/MyGoodness for additional updates.

Stephen Vicino is the founder of MusicExistence.com. He created this site to give talented musicians a voice and a way to be discovered.
@@svicino
Previous Eliot Bronson Shares “River Runs Dry” With CMT Edge
Next Eyes Of Mara’s New Single, Self-Titled Full Length Due October 28th on Imminence Records