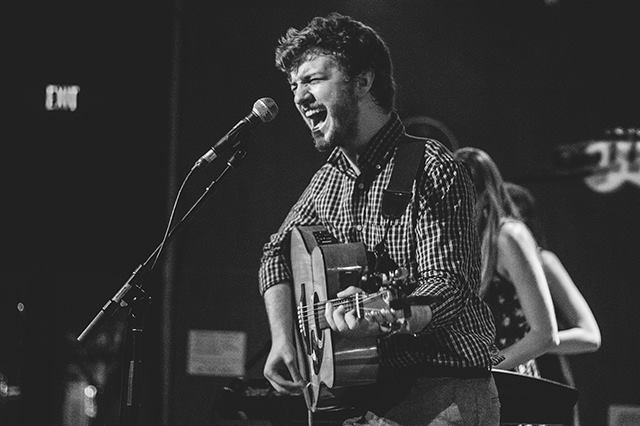 Orlando-based folk singer/songwriter Matthew Fowler kicked off his two-month long tour last month that will take him to 25+ cities with fellow Orlandoan artist Reggie Williams. To make things interesting, the two collaborated on a special EP specifically recorded for this tour that while paired together is being named the “Bring a Friend” Tour and EP. The six song record features two brand new tracks and one previously released track from each artist. Check out Fowler’s new song “Everything That I Could” earlier today.
“I wrote ‘Everything That I Could” in Pittsburgh earlier this year, sometime in February I think,” said Fowler in his interview with CMT. “It was pretty cold; snow was falling and I was all bundled up, which was a joy compared to the constant humidity and heat of Florida. At the time, I had been experiencing a bit of a writer’s block mostly because I didn’t feel like I had a place to really sit down and work on music. My manager lives there, so I sort of locked myself in his basement and started writing and playing. It had been awhile since I had a quiet place to think and play, so it just started flowing out.”

At just 20 years old, Fowler is the perfect storm of all the essential singer-songwriter elements; a flawlessly raw yet organic voice, intricate melodies, compelling musicianship, alluring lyrics, and an overwhelmingly lush sound. On the Bring a Friend EP, Fowler’s single “Beginners” from his debut LP starts off the album, rerecorded and reimaged with accompaniment from Williams. “Everything That I Could” follows, highlighting Fowler’s rich, textured vocals and euphonic acoustic guitar. Other newbie “Rooftops” closes out the record – a magnetic melody showing Fowler’s strength and range. The EP is set to be released later this fall after the conclusion of the tour, however a limited pressing of physical copies will be available for purchase at their shows.

While in Chicago earlier this week, Fowler stopped by WBEZ’s “Morning Shift” to chat with host Tony Sarabia and play a couple tunes.

Earlier this year, Fowler released his debut album Beginning which included songs he began writing at age 14. He was featured on Acoustic Guitar Magazine, Huffington Post, and Daytrotter among many others. American Songwriter premiered album single “Blankets” and stated “At 19 years old, Fowler shows the same mastery of earnest, strummy songcraft as established artists like Damien Rice and Ben Howard.”

Tags Bring a friend Everything I could MATTHEW FOWLER Stream

Stephen Vicino is the founder of MusicExistence.com. He created this site to give talented musicians a voice and a way to be discovered.
@@svicino
Previous BARKHOUSE Premieres New Song “Wolves at the Wall”
Next CHINA MAC, “BUCK A COP”