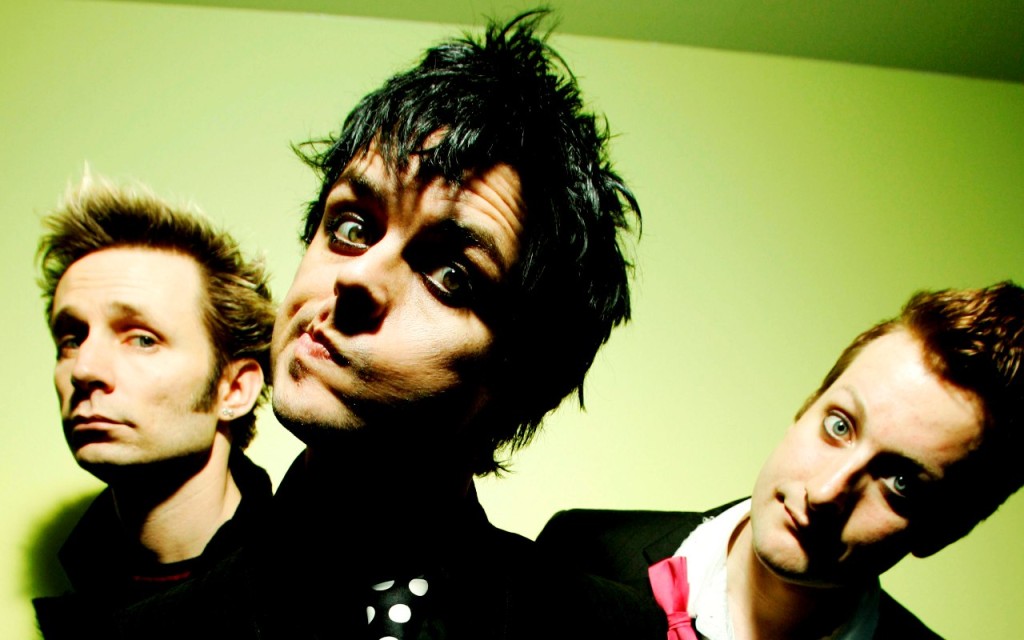 Green Day are among the 2015 nominees up for induction into the Rock and Roll Hall of Fame, it was announced today.

The 2015 inductees are chosen by a secret ballot of over 600 individual voters consisting of all past inductees of the Rock and Roll Hall of Fame, musicians, historians, critics and members of the music industry. To be eligible for nomination, an individual artist or band must have released its first single or album at least 25 years prior to the year of nomination. Green Day becomes eligible for the first time this year with the April 1989 release of their debut EP 1,000 Hours.

“Wow! Time flies. It’s hard to believe it’ll be 25 years since we released some of our first music,” says Armstrong. “We are honored to be considered for inclusion in the Rock and Roll Hall of Fame, along with many of our heroes.”

Green Day have attended the Rock and Roll Hall of Fame ceremony twice, the first time in 2002 when they performed as part of The Ramones’ induction. In 2012, they opened the show with a performance of “Letterbomb” and vocalist/guitarist Billie Joe Armstrong helped induct Guns N’ Roses.

This year, Green Day, which is Armstrong, bassist Mike Dirnt, and drummer Tré Cool, are celebrating the 20th anniversary of their 1994 breakout album Dookie, which is the band’s best-selling album, having sold more than 20 million copies worldwide and earning Green Day its first Grammy® Award for Best Alternative Music Performance and Diamond Award from the RIAA. In addition, the band’s landmark album American Idiot celebrates its 10th anniversary this year. Released on September 20th, 2004, American Idiot debuted at No. 1 on the Billboard chart, spawned five hit singles, earned seven Grammy® nominations (winning two, including Best Rock Album), and raised the bar for modern rock and roll.

Green Day were kids from working-class backgrounds who came of age in the underground punk scene in Berkeley, California. Even though they had released two records prior (1039 / Smoothed Out Slappy Hours and Kerplunk), they announced their arrival with Dookie. Over the years, Green Day has continued to top the charts with their subsequent studio albums, which in addition to those mentioned above, include Insomniac, Nimrod, Warning, 21st Century Breakdown, Green Day ¡Uno!, Green Day ¡Dos!, and Green Day ¡Tré! They are one of the world’s best-selling groups of all time, having sold more than 75 million albums and singles worldwide.

Stephen Vicino is the founder of MusicExistence.com. He created this site to give talented musicians a voice and a way to be discovered.
@@svicino
Previous OZZY OSBOURNE Statement Re: ‘The Daily Mail Online’ 9-11 News Story
Next NEIL YOUNG TO RELEASE NEW STUDIO ALBUM, STORYTONE, ON NOVEMBER 4TH VIA REPRISE RECORDS VINYL EDITION TO FOLLOW ON DECEMBER16TH