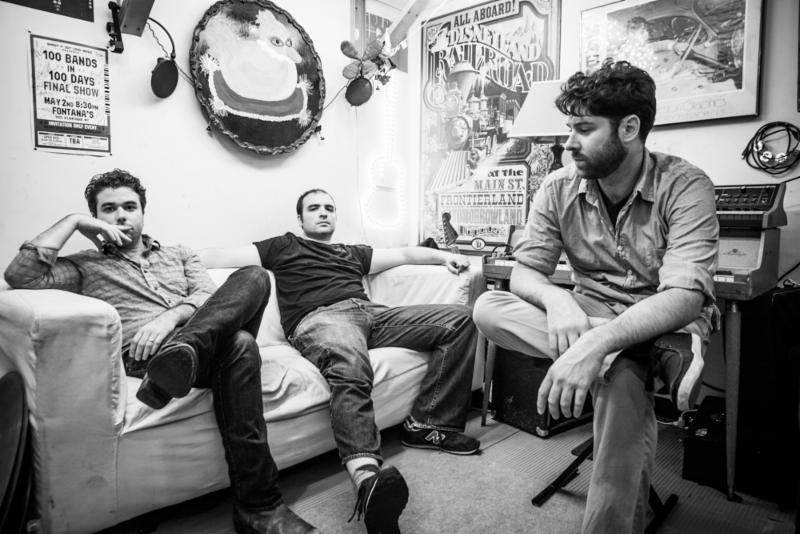 Brooklyn-based rockers, Barkhouse have teamed up with All Things Go to exclusively premiere their new song “Wolves at the Wall,” here: http://bit.ly/1tGp0bl. The song comes from the band’s recently announced EP of the same name, which was recorded at Adrian Grenier‘s Wreckroom Records and is due to be released on November 18th. For additional information on the new album and upcoming shows, including the band’s appearance at this year’s CMJ 2014 Music Marathon, please visit: http://barkhousemusic.com/.

On the new track, de Zengotita tells us, “‘Wolves At The Wall’ was one of those songs where the music came together almost immediately. The dirty electric piano groove set the whole thing in motion and the rest fell into place that night. Though there is a bit of a post-apocalyptic theme in the lyrics it isn’t all doom and gloom if you listen closely.”

Barkhouse started out as a one-night show designed by Will de Zengotita, to showcase some long hidden material. Several musicians joined him that night, including old companions Jay Mort and Olmo Tighe. These three would go on to Barkhouse – but even as the writing became a shared endeavor, their songs continued to have the same sincerity and intensity that characterized those first offerings.

Now three years on and well established in the Brooklyn music scene, Barkhouse has drawn comparisons to older acts like The Cars and Talking Heads as well as newer bands like The Black Keys or The Walkmen.

Stephen Vicino is the founder of MusicExistence.com. He created this site to give talented musicians a voice and a way to be discovered.
@@svicino
Previous BROKEN BELLS DEBUT “AFTER THE DISCO” VIDEO | NORTH AMERICAN TOUR ON SALE NOW
Next MATTHEW FOWLER Unveils New Song “Everything That I Could” From Forthcoming EP