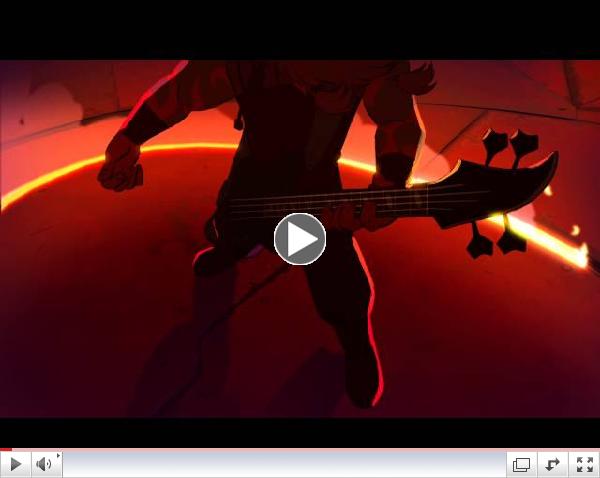 Swedish trio FREAK KITCHEN are back with Cooking with Pagans, their eighth and most frantic album to date. The album was released on September 16th via Laser’s Edge.  The album can be ordered HERE.

Thanks to a hugely successful Kickstarter campaign, bringing in almost $150,000, a very ambitious animated video, directed by legendary artist (and author of Blacksad) Juanjo Guarnido to the track “Freak of the Week” has finally been completed by a world-class team of animators. The video will premiere this Friday October 10th at the New York Comic Con.  Junajo (who also designed the artwork for the new album) Guarindo will be on hand for the video premiere as well.

“Combining the talents of Eisner-Award Winning Artist Juanjo Guarnido (BLACKSAD) and the face-meltingly awesome sounds of FREAK KITCHEN, a spectacular animated music video presented in World Premiere at NYCC, brought to life by an amazing team including Animators whose credentials range from Dreamworks to Disney and the brilliant 3-D studio Fortiche Prod. The video blends traditional 2-D character animation with 3-D computer graphics in a way you’ve never seen before. Come and see for yourself!”

The song “Mathematics of Defeat” is available for streaming:

FREAK KITCHEN has always been a tremendously respected live act and for the first time the energetic live vibe of FREAK KITCHEN has been captured in the studio. With influences stretching from AC/DC to classical South Indian music the three Norsemen, lead by guitar virtuoso Mattias IA Eklundh, truly have a sound of their own. Cooking with Pagans offers eleven intense original songs plus a sophisticated punk pop version of the 1936 hit “Goody Goody” like you’ve never heard it before. Cooking with Pagans is solid, inspired song writing (not to say playing) from start to finish.

FREAK KITCHEN will tour the world from November and the better part of 2015 to support their new release.

Stephen Vicino is the founder of MusicExistence.com. He created this site to give talented musicians a voice and a way to be discovered.
@@svicino
Previous ICE NINE KILLS RELEASE ACOUSTIC ‘JONATHAN’ SINGLE AND VIDEO
Next BEN OTTEWELL (of British Band GOMEZ) RELEASES NEW SONG “RED DRESS”