CHUCK RAGAN LEADS SOUNDTRACK FOR “THE FLAME IN THE FLOOD” VIDEOGAME

Combining videogames and music isn’t a new concept, but melding a ground-breaking videogame from the Art Director of BioShock with the soundtrack of alt-Americana including CHUCK RAGAN featuring the Camaraderie, The Fearless Kin and others brings this art to a whole new level. The Molasses Flood (a videogame collective including the aforementioned Art Director of BioShock and a team of veterans of the BioShock, Halo, Guitar Hero and Rock Band series) are preparing to unleash The Flame in the Flood, a brand new videogame still in development featuring original music from Chuck and more! Currently crowdfunding via Kickstarter, the campaign launched this week and has raised over $64,000 in less than 24 hours!

“I’m completely honored to link up with The Molasses Flood team who’ve invited me to write an original score for The Flame In The Flood,” said Ragan about the soundtrack. “There are some exciting tracks going down for this project that feature The Camaraderie and The Fearless Kin along with more special and surprise guests to come. I’m scoring a mix of compositions inspired by this game and the journey within that weave in and out of stripped down instrumentals and broader spectrums of production.”

Perfectly suited for Chuck’s down-home folk/Americana vibes, The Flame in the Flood projects the gamer into a completely unique, procedurally-generated river, through environments inspired by the Everglades, The Mississippi Delta, Louisiana Bayou, and other quintessentially American places as you scrounge for resources, craft tools, remedy afflictions, evade the vicious wildlife, and most importantly, stay ahead of the coming rains. “I absolutely love the concept for the project and immediately felt a strong connection with the ethics of the people behind the creation of this game,” Ragan intoned. The Flame in the Flood is planned for a 2015 release once the project is fully-funded by Kickstarter. “The first single we’ll be releasing entitled ‘The Flame In The Flood’ features The Fearless Kin and will be available on iTunes soon. Check out my friend’s project on Kickstarter and help support their dream if you so wish and find some great bundles and new music along the way. Keep an ear to the rail for the complete soundtrack and enjoy the ride!”

Currently planning a tour of the East Coast this Fall (tour dates below), Ragan’s critically-acclaimed new album Till Midnight was released on March 25, 2014 via SideOneDummy Records. OUTBURN declares, “You don’t need to graduate to Bob Dylan or The Boss yet. That’s because you have Chuck.” Relix adds, “The best part of Ragan’s music, in any context, is that he always sounds like he means it, like he’s playing each song for the first and most important time.” Alternative Press asserts, “There aren’t many Americana albums stronger than Till Midnight.” Innocent Words affirms, “Ragan continues to be one of the best things going, not only in the punk/folk genre, but one of the best things going in music right now.” Ragan is planning a lot of new exciting projects for 2015.

Tags Chick Ragan The Flame In The Flood Videogame

Stephen Vicino is the founder of MusicExistence.com. He created this site to give talented musicians a voice and a way to be discovered.
@@svicino
Previous Stream the new Deafkid ‘Dialects’ EP
Next Evergrey “Hymns For The Broken” Now On Music Existence Radio! 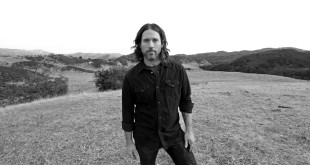