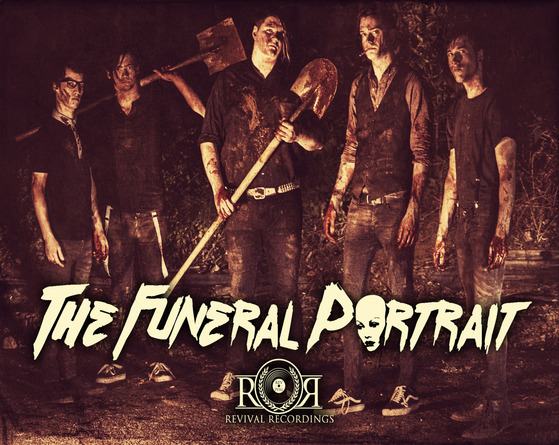 ive-piece “Theatre Rock” band The Funeral Portrait released their debut EP For The Dearly Departed via Revival Recordings today. The band partnered up with ARTISTdirect.com to offer a “try-before-you-buy” period where you can stream the EP in its entirety. It debuted at no. 136 on the iTunes Rock Chart.

The Funeral Portrait signed to Revival (owned by Shawn Milke of Alesana) earlier this month after recording For The Dearly Departed at Adelaide Recording Studios in Raleigh, NC. The six-song EP was produced by Milke and engineered/mixed by Neil Engle.

“Producing The Funeral Portrait record was an incredible experience,” says Milke. “It is so refreshing to be around a band that has a vision and is willing to put in the hard work and go the extra mile to bring that vision to life. Signing them was a no-brainer for me. The sky is truly the limit for TFP.”

The band is currently on the “Chaos Is A Ladder Tour” with Alesana, Megosh, and The Things They Carried. Dates and links to purchase tickets are listed below. 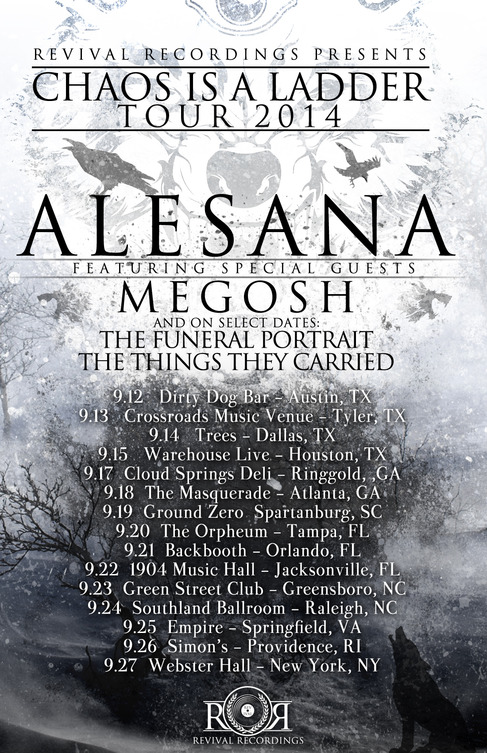 Stephen Vicino is the founder of MusicExistence.com. He created this site to give talented musicians a voice and a way to be discovered.
@@svicino
Previous KIT Releases “Through The Fire” EP & Official Music Video “Your Ghost”
Next Embracer’s Single From November 4th’s My Father’s Will