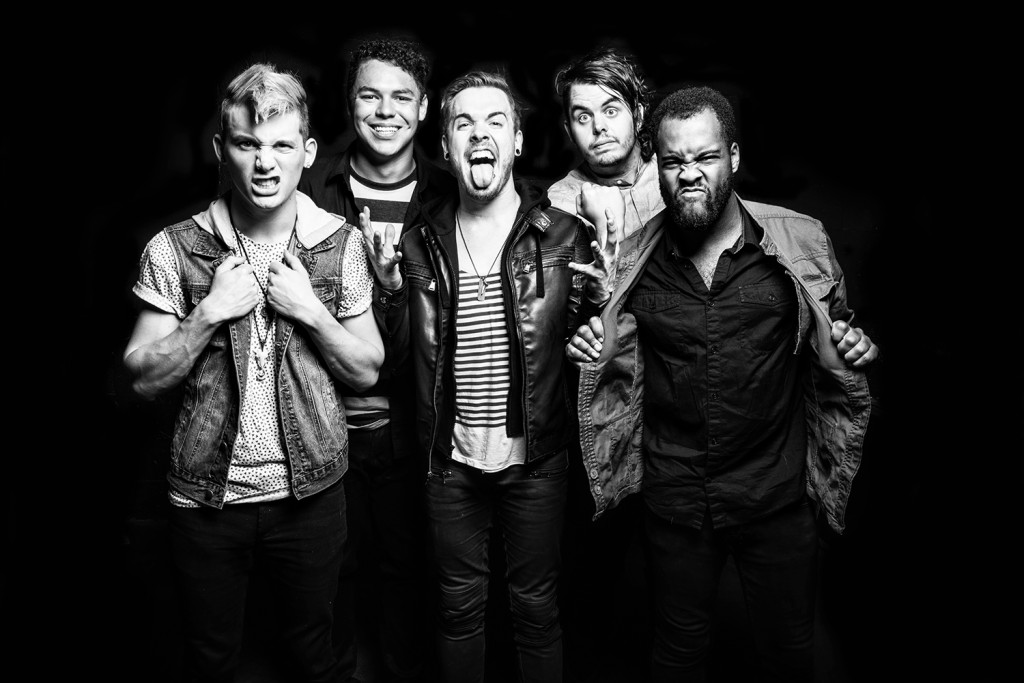 Set It Off is now premiering “N.M.E.” – a second song from their forthcoming full-length, Duality . The new album will be out October 14 on Equal Vision Records.

“This song was so fun to work on and an incredible learning experience,” shares Set It Off vocalist Cody Carson. “When this song was being written, we were in the studio with Neal Avron (Fall Out Boy, New Found Glory). He produced two of my favorite records of all time (From Under The Cork Tree, Sticks and Stones) and was so full of knowledge. He really upped my game in melody writing. So I would try over and over again on each one until I found the one that really stuck out to me. In this song I had a lot of anger to get out. This girl was stealing my friend from me and I had to reach out to him and let him know he had a way out, he just had to take it. I think we’ve all been there. Now we all have an anthem for it!”

Duality will also be released in partnership with Rude Records in the UK (October 13), Europe (October 14) and Germany, Austria and Switzerland (October 17), and with UNFD in Australia/New Zealand.

This Fall, Set It Off will share the stage with Black Veil Brides and Falling In Reverse on a massive US tour, which will kick off on October 21 in Niagara Falls. The tour package has also added a new date and will now end in Tucson, AZ on December 16. All upcoming tour dates can be found below.

Set It Off Tour Dates

Stephen Vicino is the founder of MusicExistence.com. He created this site to give talented musicians a voice and a way to be discovered.
@@svicino
Previous Mississippi Rail Company – New Song, “Redwood Jones”!
Next The Dead Daisies – ‘The Face I Love Music’ Video | Face I Love EP Released