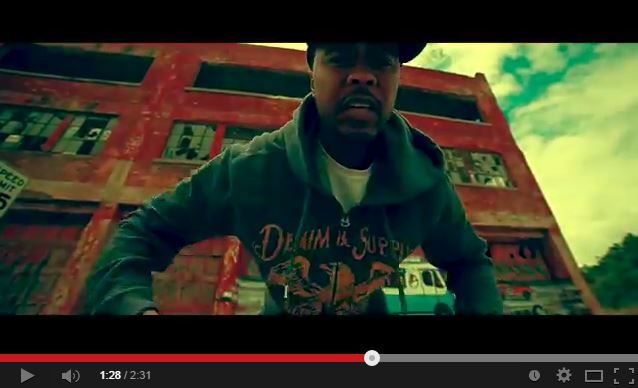 RAMO DAJANEIRO, “ROCK WITH ME”

Detroit rapper/producer Ramo DaJaneiro (“Running All Muthaf–kas Over”) presents the Frost Is Rad-directed music video for “Rock With Me”, the self-produced new single from his new album Laugh Now Laugh Later. He dropped his first album R.A.M.O. in 2012 (click here to check out R.A.M.O. on Bandcamp and here to watch the video for “Ya’ll Ain’t Fking With Me”). “When I put this track together I wanted to sample it a different kind of way. I played around with the key’s on the midi board and came across what I thought was a distinct sound.” Regarding the Laugh Now Laugh Later album he says that during its making “so much s–t was going on that I couldn’t do nothing but laugh about. No sense in crying or complaining about your problems because everyone has them. If you can’t do nothing about it you move on. If you can fix it, that’s what you do – figure out a way to solve your problems.”

Stephen Vicino is the founder of MusicExistence.com. He created this site to give talented musicians a voice and a way to be discovered.
@@svicino
Previous Nicki Minaj Stopped From Visiting Past High School
Next Aerotronic Release Dark Techno “Night Deconstructions Pt 1”, Out NOW!