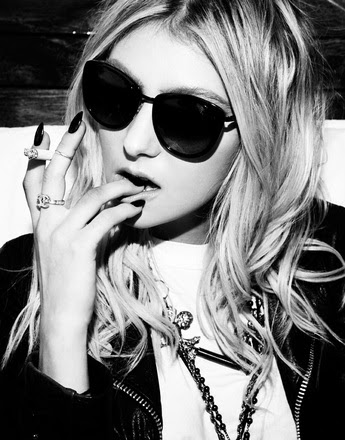 First Female Fronted Band Since Chrissie Hynde And The

4
SHARES
FacebookTwitter
Taylor Momsen and The Pretty Reckless make radio history as they become  just the second female-fronted group ever to have two #1 hits in a row at rock radio (the last group to achieve this was The Pretenders, led by Chrissie Hynde).  “Messed Up World,”the band’s new chart-topper, follows The Pretty Reckless’ first single, “Heaven Knows,” which has spent 14 weeks at #1 at mainstream rock and is the top rock song of the year.
Razor & Tie Co-Owner Cliff Chenfeld comments, “Rock is coming back big and Taylor and The Pretty Reckless are leading the charge.  We are just beginning.”
The Pretty Reckless will play the popular iheart Radio FestivalThe Pretty Reckless continue to tour in support of their new album and will headline the Going To Hell 2014 North American tour.  The band kicked off the tour on September 5th and wraps on November 8th in New York City – Tickets are on sale HERE. (all tour dates below).
Recently The Pretty Reckless released a new music video for the song “Messed Up World (F’d Up World)”.   The video already has over 3 million views.   The video for “Heaven Knows’ has over 10.5 million views!.

Stephen Vicino is the founder of MusicExistence.com. He created this site to give talented musicians a voice and a way to be discovered.
@@svicino
Previous TEXAS IN JULY New Video “Sweetest Poison”
Next SISTER SIN PREMIERE “CHAOS ROYALE” LYRIC VIDEO AND BLACK LOTUS PRE-ORDER