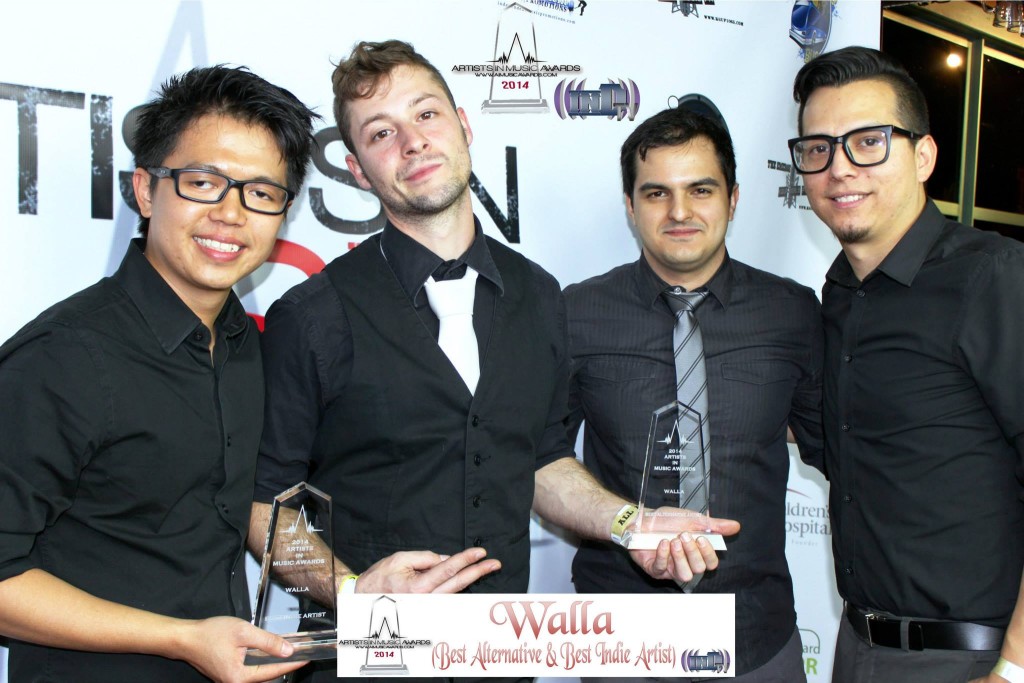 Gangsters of Suburbia EP by Walla

WALLA formed out of different times, places, and hardships. By random chance, these 5 individuals found each other through digital means and a common love for inventing new wavelengths. After forming a strong friendship and working tirelessly on different prototypes of songs, they finally decided to begin the project, now officially called, WALLA. The name is a reference to the sound and murmur resulting from a large crowd of people. The sound also reflected confusion and hopelessness during a time of tough life decisions and rough financial circumstances. But through sheer perseverance and the culmination of different influences (everything from pop, funk, samba, rock, metal, folk, disco, and neo-psychedelia) WALLA quickly made an indestructible pact to maintain strong melodies and lyrics, putting above and beyond care and effort into each decibel of sound produced (almost to the point of neuroticism), and allowing each song to breathe its own life and soul. “We loved the idea of not knowing what type of song we would come up with next.”

Listeners have described WALLA as a indie pop, synth-based, retro-influenced, indie rock, or something along those lines. Their credentials range from 2 members being graduates from the prestigious Berklee College of Music, touring in Europe, scoring big band arrangements, and playing sold out concerts and festivals. All members have a background from a different part of the globe (Mexico/El Salvador, Italy, Indonesia, Brazil, Korea) which is advantageous in influencing their songs, but also disadvantageous because of student visa issues. Nevertheless WALLA continued to press on and eventually ranked #1 on Hypem.com, #6 on FMQB Radio Charts, landed press from Billboard, MTV to USA Today and Nylon Magazine. They were also invited to share the stage with one of the members of Depeche mode, worked with Grammy winning producers, and “zoned” out to a collaborative sound through multiple mediums from radio to the more obscure. “But still our goal since conception has never changed: to keep doing music out of a passion and pure love for it. The longer we can do it, the better, and the more people who can help and support our journey, the more we keep going.”

In 2013, WALLA won their first accolade for Best Indie Rock Artist at the 2nd Annual Artists In Music Awards, then repeated during the 3rd annual and took home two more awards including Best Alternative Artist at Universal City, CA on February 7th, 2014. WALLA looks to repeat for 3rd year in a row at Season IV of the Artists In Music Awards in 2015.

Picasso once said “Every child is an artist. The problem is how to remain an artist once he grows up.” Despite legal, economical, and financial challenges, WALLA continues to face that problem head on, going face first into the mysteriously inconceivable abyss. “Just like our songs, we never know where WALLA will take us next and we admit, we like it that way.”

Stephen Vicino is the founder of MusicExistence.com. He created this site to give talented musicians a voice and a way to be discovered.
@@svicino
Previous IVOREEZ Kickstart to Play The Piano Just By Reading Lyrics
Next New EDM group Faroutt releases it’s latest single “We Can Shine feat. Bodine”