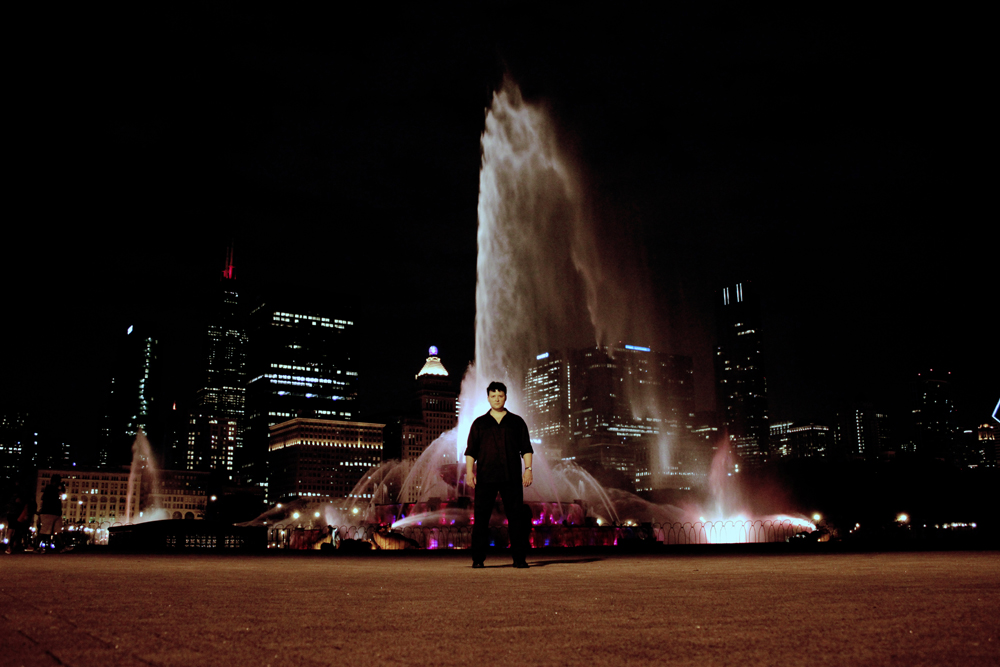 In 2014, Sarantos will be releasing “Not Where I Want to Be”, his eagerly-awaited first album as a solo music artist. The first song was released worldwide on January 2nd, 2014. Sarantos’ music has already received rave reviews, and he relishes this opportunity to pursue his lifelong dream.

Sarantos’ unique sound has been described by industry insiders as “an emotionally powerful vocal style, masterfully united with music that is a fusion of classic 80s rock blended with modern soft rock & pop music!”

The debut release will feature a wide variety of musical styles, including soft rock, pop, country and dance — along with some some international flavor. Sarantos has been writing lyrics since childhood, and is passionate about the words he sets to music. Music has always been in his blood and always more of a passion than a hobby.

Sarantos recently experienced the loss of his father after a long, hard-fought battle with lung cancer. He has also dealt with and overcome several health issues and challenges of his own. Going through life’s ups and downs has crystallized Sarantos as a recording artist and performer. He realizes that the timing is finally right for his debut release.

Beyond the desire to express what’s in his heart and inspire listeners, Sarantos’ principal motivation in releasing this CD is to raise money for charitable causes. 33% of all music-related profits will go directly to charitable organizations.

Asked about the music on “Not Where I Want to Be”, Sarantos says,

“This music has diverse styles that I hope will delight everyone’s taste, but should especially appeal to a core group of people in the 18-55 year-old range. I personally believe that music is important to all people throughout the world, and that age is not a factor. Music is life! It’s finally time to pursue my life long dream. I realized that I can raise a lot more money for charity with my music than with any other business I currently own and run.”

Life has always kept Sarantos busy and delayed his dream of inspiring people with his music and lyrics. Songwriting was always on his mind though and he has written over 2,000 songs. His body of work is vast and growing.

Sarantos has always been inclined to help people in need. He is proud to launch this CD as a way of supporting charitable causes, hopefully inspiring other artists to do the same. The charities chosen for each song include the American Cancer Society, American Lung Association, Make-a-Wish Foundation, American heart Association, St Jude’s and many others.

Sarantos website is called Melogia, which is Greek for “with words” — an apt title indeed for an aspiring singer/songwriter!

Tags Music Video Not Where I Want to Be Sarantos Youtube

Stephen Vicino is the founder of MusicExistence.com. He created this site to give talented musicians a voice and a way to be discovered.
@@svicino
Previous .Onlyou by Ercy Mirage Exclusively out on beatport.
Next MALKOVICH presents #1BAG